On Monday 18th June Philip raised the following point of order to the Speaker:

On a point of order, Mr Speaker. As you have heard, I very much support the upskirting Bill, not least because of the work I have been doing with Emily Hunt.

Mr Speaker, you have always tried to ensure people outside this place better understand our procedures inside here and I ask you to do so again today. It has been stated in a number of places that my speech on the first Bill on Friday in some way blocked the progress of the upskirting Bill, which was the eighth Bill for consideration on Friday. Given that the Government on Friday had made it clear that they were going to talk out the second Bill for consideration, that of the hon. Member for Hammersmith (Andy Slaughter)—a Bill which, incidentally, I also support—and given that, to the best of my knowledge, in the history of the House of Commons the eighth Bill for consideration has never been reached for debate on a Friday, can you confirm to people, with the authority and independence of your position, that it is a matter of fact, not opinion, that my actions on Friday had no impact on the upskirting Bill in any way, shape or form, that even if I had not spoken at all on Friday that particular Bill would not have been reached for debate before 2.30 pm anyway, and that it was always going to be reliant on being nodded through at the end of the day, something that I certainly did not oppose? I hope you can set the record straight, Mr Speaker, and help those people outside the House to better understand the facts of what happens inside the House.

I am grateful to the hon. Gentleman for his point of order and for his characteristic courtesy in giving me advance notice of his intention to raise it. As a matter of fact, I can confirm that if the Mental Health Units (Use of Force) Bill had completed its passage on Friday afternoon before 2.30 pm, the next business would have been the second Bill on the Order Paper, the Freedom of Information (Extension) Bill of the hon. Member for Hammersmith (Andy Slaughter). Moreover, I can confirm that the Voyeurism (Offences) Bill was the eighth Bill on the Order Paper. For clarification and wider understanding outside the House, it is perhaps worth me emphasising that it was the eighth Bill because other Bills were put down over recent months by other Members, quite properly, before the hon. Member for Bath (Wera Hobhouse) brought her important Bill forward. I am advised—I have consulted specialist advisers who have in turn consulted their scholarly craniums—that nobody can recall an instance of the eighth Bill on a private Members Bill Friday being reached for debate.

People feel very strongly about what happened on Friday, and I completely understand that and have every respect, as I sought to indicate earlier, for the person who has brought forward the upskirting Bill, and the public-spirited Gina Martin who has campaigned so strongly for it.

Needless to say, the Chair is absolutely no obstacle to such a progressive measure. It is important, however, in public debate to distinguish between fact and opinion, and simply as a matter of fact—incontrovertible fact—the hon. Gentleman is in no way whatsoever responsible for the failure of the eighth Bill to be debated.

I should say to colleagues that the process whereby after the moment of interruption—2.30 pm on Friday—the objection of a single Member is enough to block for the ​time being a Bill being read a Second time may well not please many people inside and outside the House, and it is certainly not my role to defend the Standing Orders of the House from criticism that people may wish to express of them.

The Procedure Committee, under the outstanding chairmanship of the hon. Member for Broxbourne (Mr Walker), has indeed devoted much effort in recent years to suggested improvements to the private Members’ Bill regime, but its proposals have not been put to the House. I myself have spoken regularly around the country of my personal belief that the private Members’ Bill procedure should be changed, and I treated of the matter in a lecture in Speaker’s House in October last year. The fact is, however, that proposals for change have not been put to the House, and it is not within the power of the Speaker to put them to the House.

I should point out, in fairness and for accuracy, so that no one is misled, that the rule about a single objection applies similarly to any other business before the House after the moment of interruption. Under Standing Order No. 9(6),

“no opposed business shall be taken”

after the moment of interruption.

I hope that colleagues will accept that I have said what I have said in a very low-key way simply because I think it is quite important, in a highly charged atmosphere, to put the facts on the record. The House can then proceed in relation to the procedure or in relation to a particular Bill as it thinks fit. Thank you—[Interruption.] Well, that is very good of the right hon. Member for Birkenhead (Frank Field), who has chuntered his enthusiasm from a sedentary position. I am extremely grateful to him; I mean that genuinely.

Philip responds to an urgent question regarding upskirting bill 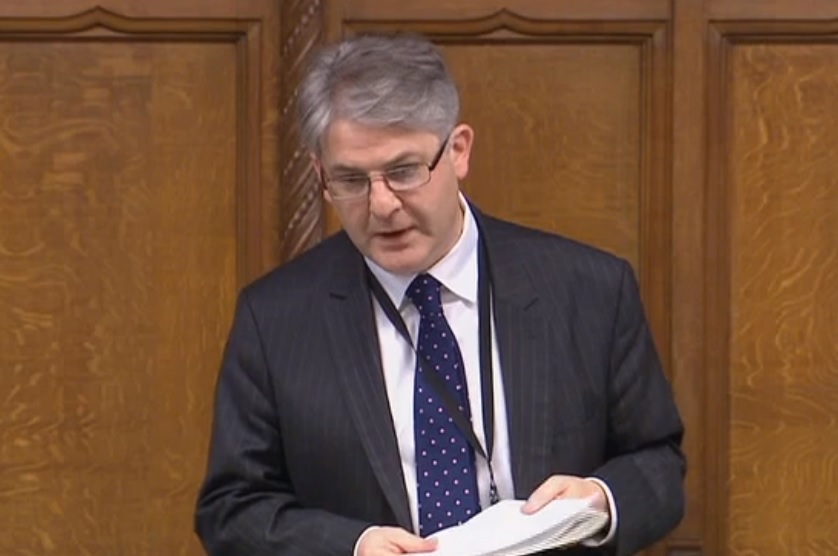