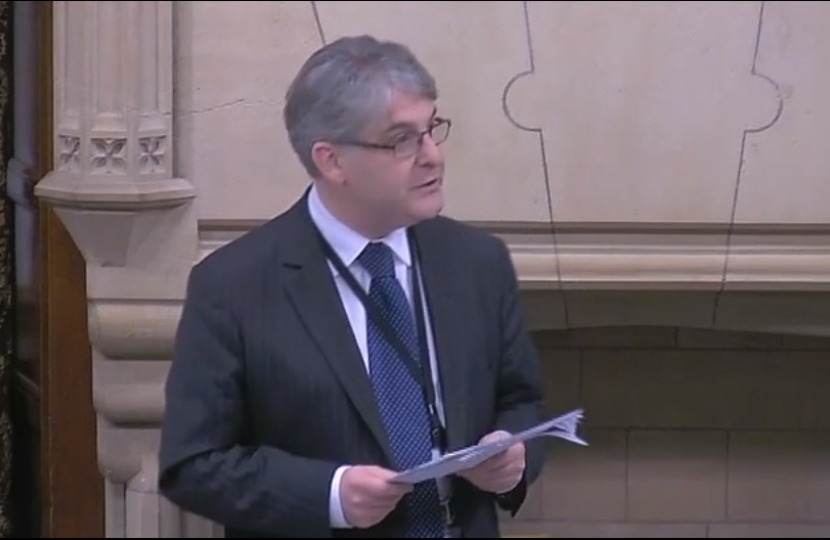 More must be done to ensure children see their parents after a separation and contact centres like the one in Bingley are vital in keeping families together, an MP has told Parliament during a debate on International Men’s Day.

Shipley MP Philip Davies said too often separated parents – usually fathers - were being alienated from their children without good reason.

Speaking in a Westminster Hall Debate he secured, Mr Davies said: “Men are clearly disadvantaged when it comes to family breakdowns and how children are allocated after those breakdowns. Women are more likely to get custody of the children and, as has been noted on many occasions, men really do draw the short straw in these instances.”

He told MPs the subject of parental alienation needed more debate in Parliament as more than 1 million children in the UK have no contact with their other parents, usually the father, after parental separation.

“It can happen for all kinds of reasons, and in some cases it is clearly right that parents are kept away from their children—for example, when there are genuine safety concerns,” Mr Davies said.

But stopping access for no reason is detrimental to the children, he added.

Mr Davies said child contact centres, like the one run out of Bingley Baptist Church, which he recently visited, was part of the solution.

“I want to place on record my thanks to everybody who works at the Bingley contact centre,” he said.

“They are all volunteers, and they give up their time week in, week out to make sure that parents get to see their children and—just as importantly, if not more importantly—that those children get to see their parents. It is fantastic to see the reaction of the children when they see the parent who has previously been alienated from them.”

The centre is part of the National Association of Child Contact Centres.

Mr Davies added: “These centres are meant to be a temporary solution, and they work to give—mainly—fathers the chance to get back into their children’s lives. There is a waiting list for that service in Bingley, and no doubt in other places around the country. That is a shame, as the more fathers who can see their children, the better.”

He made the comments in his debate to mark last month’s International Men’s Day. Mr Davies also raised the issue of male circumcision, domestic violence and read comments from men who had contacted him about their mental health, suicidal thoughts and those who had suffered domestic violence.

Mr Davies added: “One clear message I would like to go out is that men should not feel alone. Whatever their problem, there are people out there who can see their point of view and can help. We politicians are not all blind to the problems that men face, and I hope that men feel reassured that they have a voice in Parliament on all issues and not just those that fit certain politically correct agendas.

“Also, the vast majority of women out there agree with common sense rather than the politically correct dogma. Together I hope we can make this country a better place for men and women, so they can live together equally happily, being treated the same and not differently simply because of their gender.”