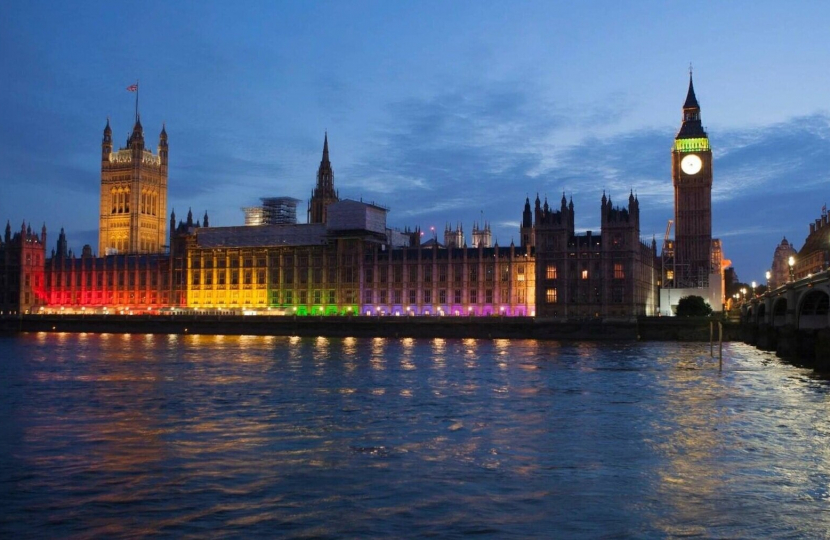 The whole issue of transgender rights versus women’s rights has been rumbling away for years now but, in recent times, we have seen a worrying development of what I would consider to be militant trans activism which wants to throw common sense out of the window.

I should say from the start that if someone feels uncomfortable in their biological sex and wish to change their gender then they should be free to do so, and people should be tolerant and accepting of people who make that very big and difficult decision.

However, tolerance of that decision should not mean that everything has to change as a result – and the attempts by some trans activists to seek to completely destroy the integrity of women’s sport, and to potentially put the safety of women at risk should and must be resisted.

To his credit, the Prime Minister has also entered the fray and said what many will think is perfectly sensible – that biological males should not be competing in female sporting events. The fact he had to admit that this view might be controversial shows how skewed the debate on the subject has become.

You only have to look in the past at the matches that took place between both Serena and Venus Williams and the 203rd world ranked male tennis player. They were both well and truly beaten despite their tremendous achievements in women’s tennis.

Of course there are sports where men and women can and do compete equally and so, in these cases, it would make no difference if anyone changed from being a man to a woman or vice versa. A good example of this is where we have male and female jockeys battling it out day in day out on an equal footing at racecourses up and down the country.

We must protect the integrity of women’s sport and not allow it to be completely destroyed by a militant trans agenda which defies common sense.

One of the dangerous sides of this extremist agenda is to get to children – very young children in some cases. One example I heard of was when a girl aged 6 came home and told her Dad that when she was a bit older she could become a boy. Her parents were rightly horrified. If a child had feelings of being born in the wrong sex and, when they were much older, came to a final decision about what was right for them then that would be one thing but to put this in the mind of young children is unacceptable.

This is part and parcel of the whole way we have increasingly come to treat children like adults and adults like children.

It is also very concerning that teenagers can undertake sometimes irreversible treatments based on something they may think at one moment in their life - for whatever reason - without allowing sufficient time to ensure that this is definitely the right path for them to take. There are already cases of people wishing that they had waited to have gender re-assignment surgeries as they have since changed their minds and the effect this must have on someone emotionally – never mind physically – is hard to even imagine.

Just this week Dr Erica Anderson, a psychologist who is a transgender woman herself, expressed her real concerns about the evaluations of young people who say they want to change sex. She is reported to have said “I think it’s gone too far.”  She also said ‘To flatly say there couldn’t be any social influence in formation of gender identity flies in the face of reality.”

Another area of huge concern to me is allowing men who self-identify as women to go into previously female only places. One example of this has been allowing men to go to female prisons to serve their sentences.

Some male prisoners have said that they identify as women to deliberately get themselves moved to a female prison either because life is easier there or for other ulterior motives.

Permitting this to happen has led to the outrageous situation of rapists being held in women’s prisons and, as if that wasn’t bad enough, at least one of these offenders has been convicted of sexually assaulting women whilst they were actually in the women’s prison.

Caitlyn Jenner who famously changed sex apparently said recently when commenting on the whole debate that “we are living in such a woke world right now I can’t even figure it out”. She also said “it’s a shame that people on the fringes ruin it for everybody.”

I couldn’t agree more. The silent majority needs to stop being silent on these issues and ensure common sense prevails.