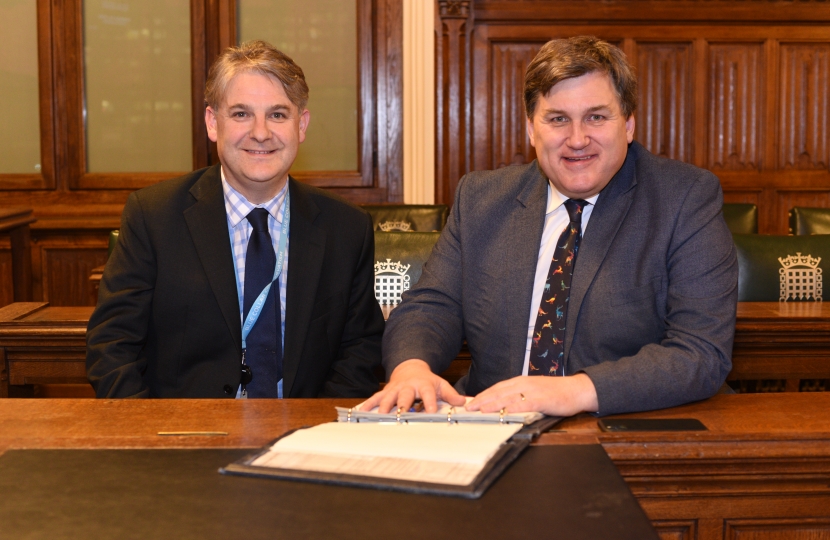 Police officers should be on the streets combatting and preventing crime not in a classroom, an MP has warned Government ministers.

Shipley MP Philip Davies said people wanting to join the Police should not need a degree or equivalent qualification. He fears potential candidates could be deterred from applying for positions if they do not want to do further studies.

Mr Davies met with Policing Minister Kit Malthouse in Westminster to set out his concerns.

Mr Davies said: “Before the General Election we promised there would be 20,000 more police officers on the streets and we are committed to delivering this. My constituents want to see officers in their neighbourhoods and a reduction in crime. To do this we need to get on and recruit officers and deliver on our promise.

“I made it very clear to the minister I am concerned about all new police officers having to get degree equivalent qualifications when they join as it is completely unnecessary. I want these new officers to be out on the streets combatting crime not in a classroom, and having to do these studies may put off excellent people, with bags of common sense, who want to be a police officer but don’t want to do lots more studying. Time and time again I hear from my constituents how important reducing crime is to them and how they want to see a police presence and I believe increasing police numbers will help. Not once has anyone said to me they want officers to have a degree or more qualifications and it is ridiculous to keep officers behind desks when they should be out on the streets doing the job they want to do and the public expects them to do.

He added: “I am delighted that the government is increasing their grant to West Yorkshire Police by over £28m in the next financial year to keep our election promise to increase police numbers.”