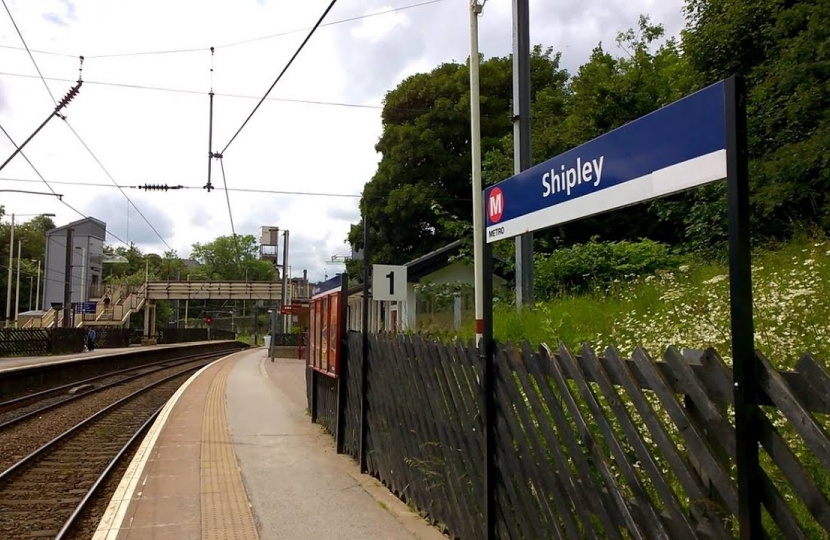 Plans to create more than 100 additional car parking spaces at Shipley train station with lighting, CCTV and a lift could get underway as early as the New Year, an MP has been told.

Shipley MP Philip Davies said the extra capacity – paid for by government as part of its bid to encourage growth and create jobs across the region – was very much needed.

The car park extension will see a decked car park with 116 additional spaces, five per cent of which will be for Blue Badge holders, low energy LED lighting, CCTV and a fully accessible lift.

Mr Davies said: “We desperately need more parking at the station and I am delighted plans are moving forward. The additional 116 spaces will make a huge difference as it almost doubles the current capacity. I know how busy the train station is each time I travel back and forth to Westminster, it does not seem to matter what time of day it is – the car park is always busy and so this is a much needed improvement.

“I am extremely pleased CCTV will also be included on the new level and I hope it acts as a deterrent to car thieves as we have seen too many break ins at stations across the district in recent years.”

Cycling provision at the station is also set to be examined and will be increased “where feasible”, Mr Davies was told. In addition there will be underground ducting for electric vehicle charging in case Northern introduce charging points in future.

A small proportion of land at the northern edge of the Butterfly Reserve has been given to allow the scheme to go ahead and bosses from West Yorkshire Combined Authority are meeting with Bradford Urban Wildlife Group who maintains the reserve to provide details of the scheme and work with them on a design for a green wall.

According to National Rail there are currently 150 spaces, including four accessible spaces.

A letter to Mr Davies from WYCA said: “The scheme design is to be submitted to Network Rail for final approval, after which the project team will request tenders and submit the final business case with a request for funding approval – this is scheduled for early 2020.”

An initial £2.5 million has already been put aside for the deck option as part of a wider allocation to WYCA to improve 14 stations.