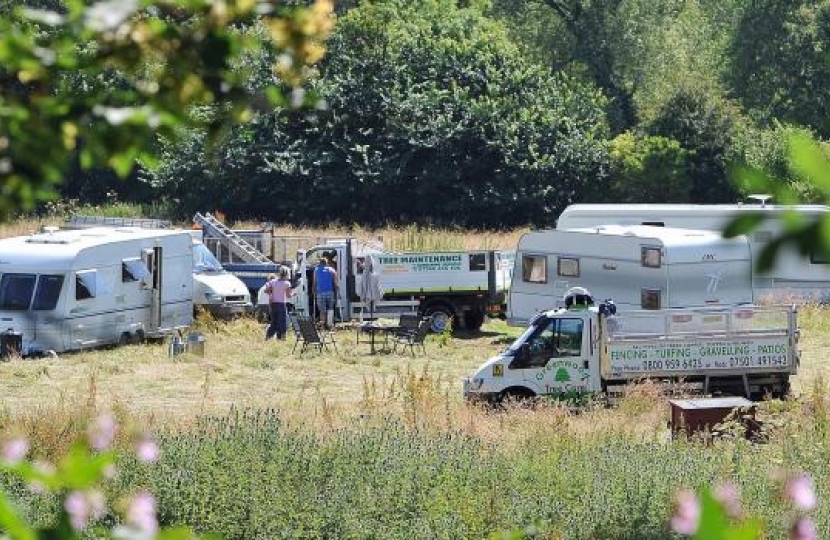 Bradford Council will be handed £50,000 to help in its fight against illegal development on greenbelt – including traveller settlements and illegal car parks, Housing Minister Esther McVey has announced.

The district is one of 37 areas being handed a share of £2 million to ensure the greenbelt remains untouched and protected. The council will be able to spend the money as they see fit to tackle individual problems in the area but Government suggested it could be used to hire more enforcement officers.

He said: “Across the district we have two dedicated traveller sites which provide amenities so there is no excuse for illegal encampments. It is not fair on residents who are left to foot the bill in clean up costs as there are adequate facilities available.

Housing Minister Ms McVey said: “Conservatives know that once the Green Belt is built on it’s often gone for good that’s why only we can be trusted to protect it. The public in the Bradford district have told us loud and clear they want it kept for future generations to enjoy.

“The funding announced will help councils to be vigilant against rogue developers, giving the areas with the highest levels of Green Belt the funds needed to throw the book at those who build illegally.”

Government is also joining forces with the Royal Town Planning Institute to overhaul the national enforcement handbook which will put an end to illegal developments happening. The updated book will set out best practice and advice on shutting down illegal building, how to prevent it happening and ensuring developers obtain full planning permission before any work begins.