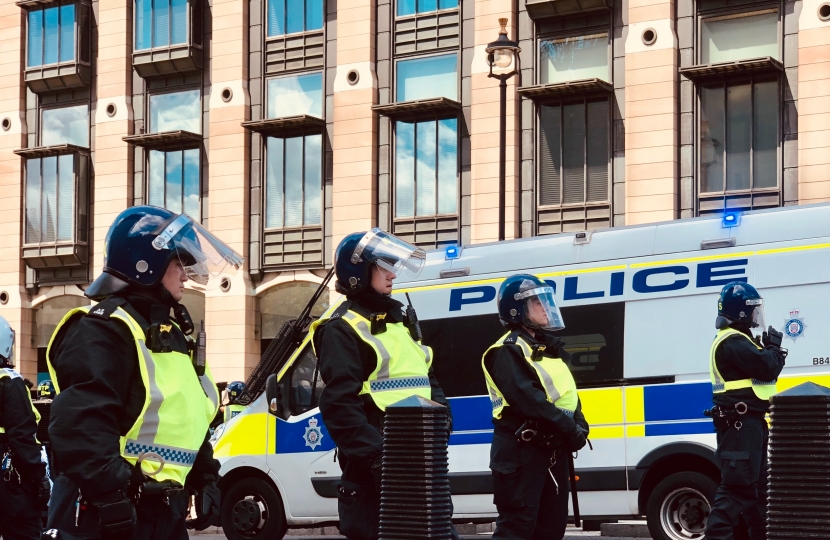 A four-week consultation is currently underway which could see the maximum sentence for anyone guilty of assaulting an emergency worker increased to two years.

Shipley MP Philip Davies said Government must find in favour of emergency workers and legislate immediately to protect existing officers and the 222 new recruits that have joined West Yorkshire Police in recent months as part of Government’s recruitment drive.

He said: “Police officers put themselves on the front line to protect us with often little thought for their own safety. The very least they deserve is knowing anyone who assaults them will feel the full force of the law and receive an appropriate sentence. We must be a Government of law and order and focus on the rights of law-abiding citizens and those people trying to protect us.”

Across England and Wales there were 30,679 assaults recorded in the latest 12-month period.

It come as other data shows since the start of Government’s recruitment drive to get an extra 20,000 officers by 2023, to date 4,336 have joined, of which 222 are in West Yorkshire.

Mr Davies said: “We are getting more Police joining the force which is what the public want but they need to feel protected. We cannot have a situation where we keep seeing assault numbers rise. No one should feel threatened or be threatened when carrying out their job and it is disturbing to see so many incidents being reported.

“I previously tried to change the law in 2018 but was not successful as very few MPs would back me, I was told 12 months was sufficient, something I disagree with and have constantly raised since and will keep doing so. I am pleased Government are now listening and I make no apology for being on the side of what is right rather than the consensus of the day. It is high time we made it clear that there will be consequences of breaching acceptable norms and those who want to attack rather than respect our emergency workers need to be given much more than a slap across the wrist.”