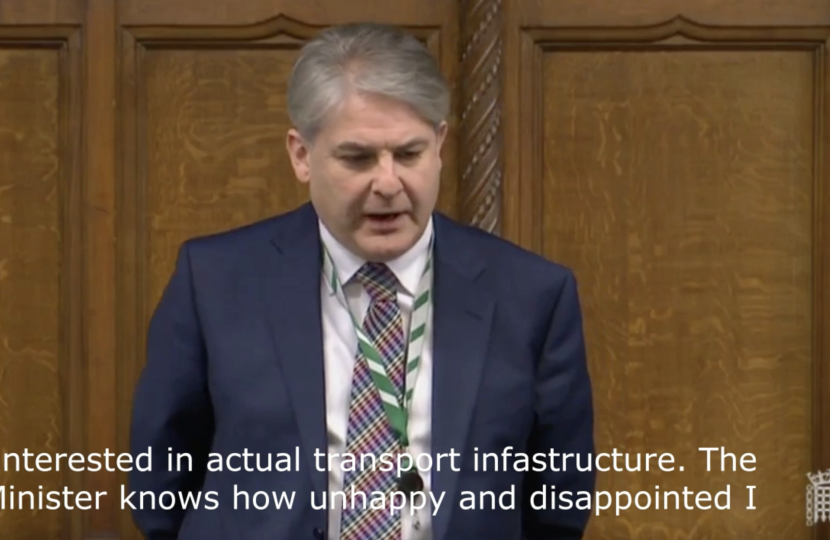 AN MP has urged Government to re-think its plans for transport in the north and deliver for the residents of the Shipley constituency after last week’s “huge disappointment”.

Shipley MP Philip Davies, who expressed disappointment at the time, spoke out again during a Commons debate on transport in the north.

Mr Davies said: “My constituents are not interested in quangos, but they are interested in actual transport infrastructure. The Minister knows how unhappy and disappointed I was with the announcement regarding Bradford, the scaling-back of Northern Powerhouse Rail and the lack of a station stop in the centre of Bradford.

“Even at this late stage, I hope that the Government will think again about that. Given the huge disappointment to Bradford in that announcement, I urge him to go away and think about what additional transport infrastructure could be delivered to the Bradford district. I urge him to start with the Shipley eastern bypass.”

Transport Minister Andrew Stephenson said Government was committed to the Bradford district and would continue to work with stakeholders to deliver benefits to the area.

He added: “My hon. Friend continues to be a doughty champion for Shipley. As he will know, alongside the £96 billion announced in the integrated rail plan, we are spending more than £7 billion on road investments and more than £5 billion on buses and cycling initiatives. I am sure that his campaign for the bypass has been heard by other Ministers in my Department.”