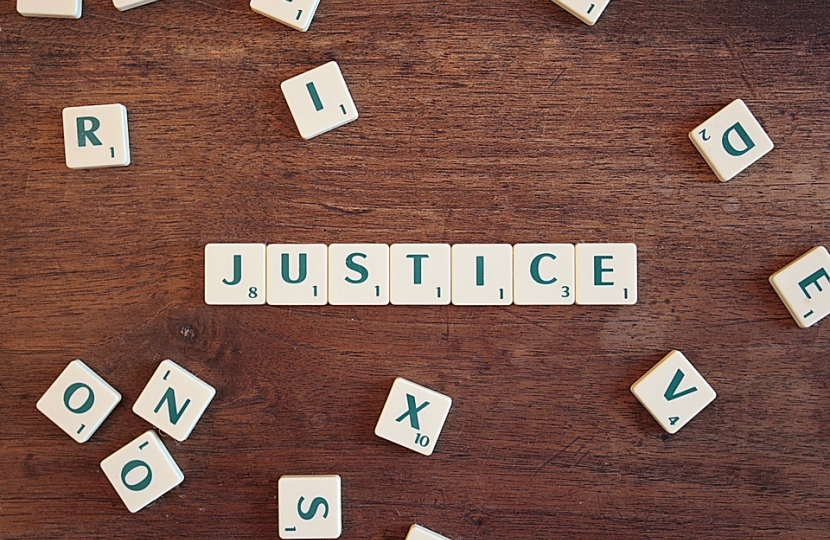 Demands made by Shipley MP Davies to extend the types of crime where the sentence handed down by the courts can be challenged if deemed unduly lenient has now been adopted by Government.

The Ministry of Justice confirmed it will add a further 14 offences to Unduly Lenient Sentence (ULS) scheme, including stalking, harassment, child sexual abuse and other sex offences.

The scheme was introduced in 1988 and allowed people to challenge unduly lenient sentences and until the announcement only applied to the most serious offences including murder, robbery and a range of terrorist offences.

Mr Davies said: “I am delighted Government has listened and is extending this scheme, which I have been campaigning for. I have had meetings with ministers, submitted dozens of parliamentary questions on this and raised the issue in the Commons chamber repeatedly over the years. We made some progress in the past couple of years when a few other crimes were added but there is always more that can be done and I am extremely pleased that more victims of crime will have the chance to challenge any unduly lenient sentence.”

In the last Justice Questions in Parliament before the summer recess Mr Davies again spoke out demanding the Solicitor General “get on with it” and extend the scheme instead of “tinkering around it”.

Mr Davies added: “The Conservative Party have always been the party of law and order and we need to show we are on the side of victims. I regularly criticise the justice system as I want the needs of victims not criminals put first, but the ULS is one of the good things about our system. The fact that someone can challenge a sentence handed down, if it meets the criteria and falls outside of the normal bounds of lenience, is very much welcome. I have successfully used the provision a few times and will continue to do so or offer help to others wanting to do it as I believe we owe it to victims to do everything we can to support them. I will also be speaking with ministers to try and extend the amount of time a sentence can be challenged.”

Justice Secretary Robert Buckland said: “Philip has taken a deep interest in the Unduly Lenient Sentence scheme for some years and has campaigned tirelessly for the scheme to be extended. We discussed the scheme many times in my role as Solicitor General and I am delighted as Justice Secretary I can now deliver on this and thank him for his active support for my new initiative.”

Last year 99 sentences were challenged. Currently a sentence can be challenged within 28 days if it is included in the scheme.

Mr Buckland added: “We are determined that those found guilty of heinous crimes such as child sex offences receive the sentences their actions warrant.

“Sentences are decided by our independent judiciary based on the facts before them, but it is absolutely right that victims have a voice in the system when punishments don’t appear to fit the crime.

“We are sending a clear message that this government will use every tool at its disposal to make sure justice is done and the public is kept safe.”