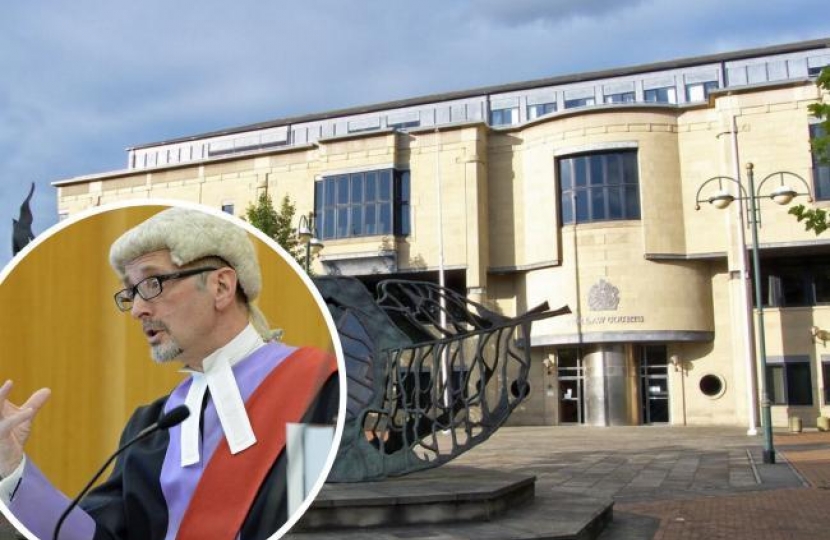 He wrote to ministers calling for change following a court case in Bradford where a judge openly said the courts do not have the power to hand out sufficient sentence reflective of the crimes.

Mr Davies said: “When even judges are saying they do not have sufficient powers to hand out an appropriate sentence it makes a mockery of our criminal justice system. Parliament needs to act to give judges the powers they need to do their job effectively.

“Dangerous driving is a blight on the Bradford district and I know the majority of my constituents want to see tougher sentences for these offences too.”

Uwais Akhlaq, was found guilty of dangerous driving for a second time, committed while on licence from custody for house burglary. Judge Jonathan Rose said the teenager was already developing “an appalling criminal record,” but with all the discounts he was forced to give, including early guilty pleas, time spent on remand and that Akhlaq was 17 at the time of the offence, he would be out of jail very quickly.

At the time Judge Rose said: “The maximum sentence for dangerous driving is far too little.”

He added: “You wouldn’t be detained long enough to receive proper punishment.”

Last year 3,459 people were sentences for dangerous driving. Of those 47 per cent were jailed and just 0.9 per cent were handed prison terms of more than 18 months. The average custodial sentence was 10.2 months.

In a letter to Mr Davies, Justice Minister Lord Wolfson said: “Provisions in the PCSC Bill also increase the maximum penalty for causing death by careless driving when under the influence of drink or drugs from 14 years’ imprisonment to life and introduce a new offence of causing serious injury by careless driving.

“It remains the Government’s view that the maximum penalty for dangerous driving is set at the appropriate level to reflect the degree of culpability and harm caused by the offence.”