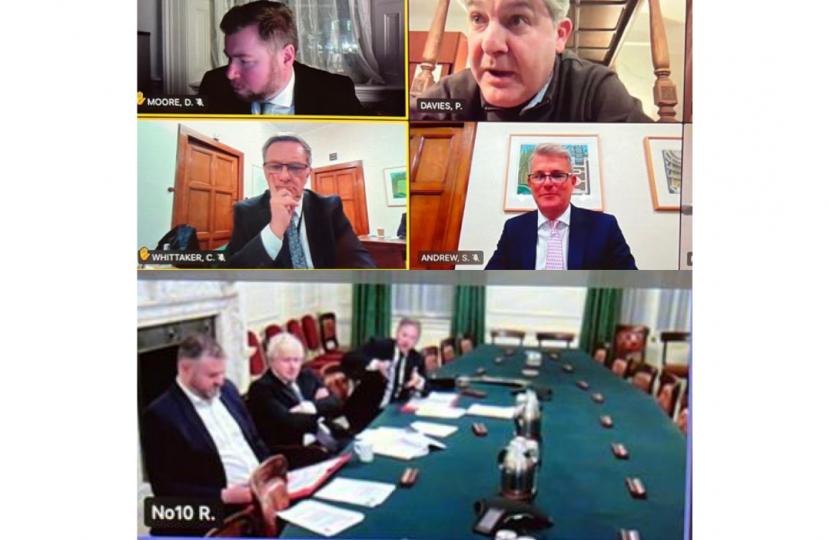 Shipley MP Philip Davies said: “This is a huge package which probably represents the biggest investment in infrastructure across the north of the country of any modern day government - certainly far more than the last Labour government which delivered the square root of nothing in 13 years.

“The halving of journey times between Leeds and Bradford is extremely welcome, but naturally it is hugely disappointing that Northern Powerhouse Rail is being scaled back and Bradford is not being given a station stop which is a massively missed opportunity - something I made clear in a meeting with the Prime Minister and Grant Shapps yesterday.

“It also highlights the utter folly of Council leaders in West Yorkshire campaigning for HS2 which is a huge white elephant and will benefit London far more than the North.  It is the huge overspend on HS2 which is the single biggest factor in Northern Powerhouse Rail being scaled back. So why on earth were these leaders pushing so hard for HS2 when we all knew that it was Northern Powerhouse Rail that was most essential?

“I spent years campaigning for HS2 to be scrapped and Northern Powerhouse Rail to be prioritised instead but the Council leaders in West Yorkshire insisted on pressing hard for HS2.  It is a strategy that has blown up in their faces.

“A united voice in the north opposing HS2 throughout and instead insisting on a bells and whistles Northern Powerhouse Rail scheme across the North probably would have delivered everything we could ever have wanted in the Bradford district.

“I will continue to press for improved infrastructure across the North in general and the Bradford district in particular.”