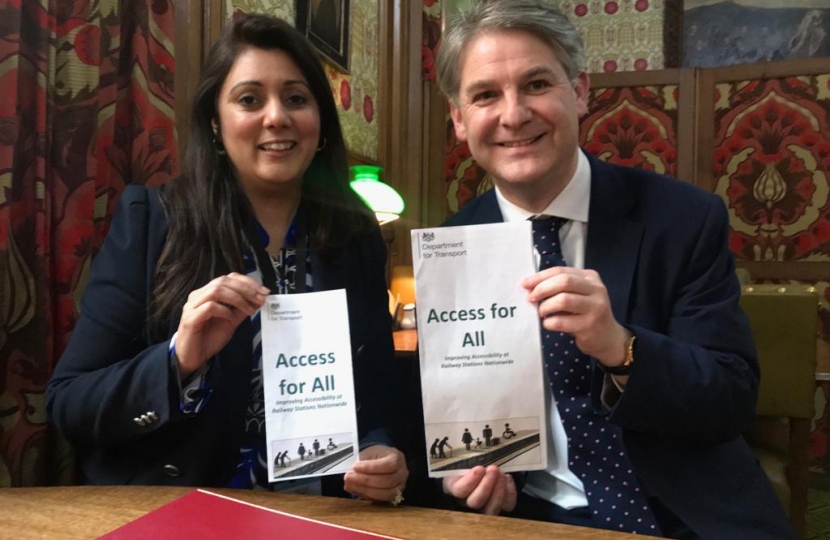 Menston will benefit from a Government cash injection to make it a fully accessible station - after years of lobbying from an MP.

The Department for Transport announced today that Menston was one of 73 stations which will get step free access as part of its Access for All scheme.

Shipley MP Philip Davies said: “I am delighted we are finally getting the money we need to make these improvements happen. I have been campaigning on this and urging ministers to act for a long time to end the ridiculous situation we currently have whereby both platforms are accessible but only linked via a footbridge.

“Improving accessibility will make a huge difference to people. It will stop people who are unable to use the footbridge having to be driven three-quarters of a mile around to the other platform to collect their car. It has always seemed ludicrous to me that the station has disabled parking spaces but on the return journey people cannot get back to their car. I am thrilled we have been successful in our bid and that we will be seeing improvements to make the station accessible for everyone.”

The busy two platform station has no lifts or way for a disabled passenger to get from one side to the other if they were to drive and park in the multiple disabled bays at the station.

Transport Minister Nusrat Ghani said: “Everyone should be able to access our rail network and I am pleased to announce that Menston station will now become a fully accessible station in the next stage of the programme. Philip Davies has been campaigning to make Menston step free so it is safer for all passengers, especially those with restricted mobility or parents with pushchairs and I am delighted to be able to announce that his hard campaigning work has paid off for the people of Shipley.”

Government wants the 13.9 million disabled people in Britain to be able to travel independently and over the next five years these newly accessible stations will open up routes across the country.

Mr Davies added: “This upgrade to our station will ensure disabled people have the same access to travel as everyone else and will help people travel easily and without additional cost, time or stress.”

Over the years Mr Davies has raised the issue with many transport ministers and also led a debate in Westminster Hall on the issue.

Since the scheme began more than 200 stations have been made step free, in addition to the 73 announced today that will share £300 million of further funding.