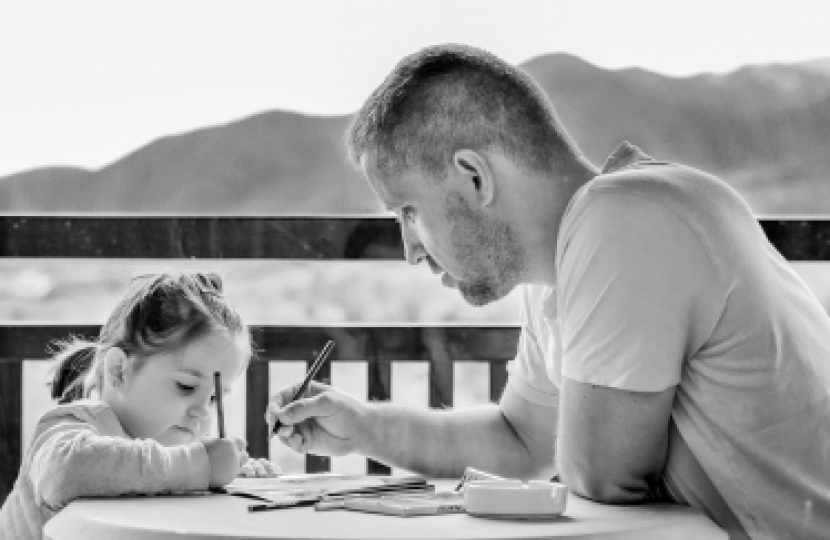 Government’s Equalities minister has praised an MP for his work surrounding parental alienation and campaigning to ensure no parent be able to keep a child away from its mother or father without good reason.

Equalities Minister Kemi Badenoch said because of work by Shipley MP Philip Davies more children will in future benefit from spending time with both parents.

Speaking on International Men’s Day Ms Badenoch said: “Philip Davies is right when he highlights that unfortunately, not all families are happy ones, but a child’s welfare is best served by the continued involvement of both parents, provided that involvement is safe. I thank him for his work on the issue, which will ensure that more children benefit from contact with both parents.”

Ms Badenoch said family courts now recognise the problem of obstructive behaviour by one parent which is now classed as domestic abuse – after Government accepted recommendations from Mr Davies to include parental alienation as an example of coercive and controlling behaviour.

Mr Davies campaigned for the move in the hope it would stop children being used as weapons and prevent a generation of young people not knowing both parents.

He has been contacted by both fathers, mothers and grandparents devastated after being kept away from their children and grandchildren for no legitimate reason.

Mr Davies added: “It was kind of the minister to acknowledge the work I did on this issue when she made a speech to mark International Men’s Day. It is not only fathers that are affected by parental alienation. I have been contacted by both fathers and mothers as well as grandparents who have told me devastating accounts of how they have been kept away from their children and grandchildren for no legitimate reason.

“With the exception of safeguarding issues, no parent should be allowed to stop the other from spending time with their child. I was delighted Government have agreed to ensure parental alienation is in the statutory guidance for the Domestic Abuse Bill to be considered as controlling and coercive behaviour.  I hope this is an important step in bringing this awful practice to an end.”

More than 1 million children in the UK have no contact with their other parents, in the majority of cases the father, after parental separation. It often means extended families included grandparents, uncles, aunties, and cousins also miss out on seeing their relatives.