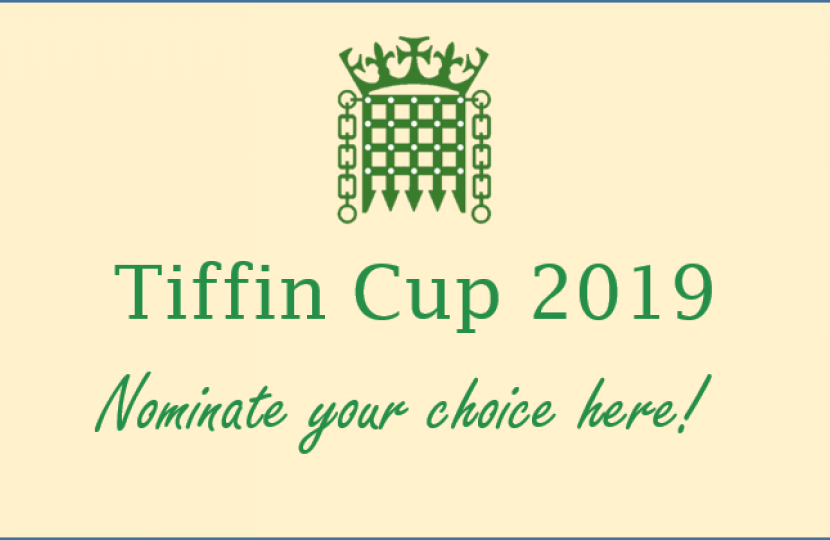 Aagrah in the Shipley Constituency has been nominated by local MP, Philip Davies, to take part in the prestigious Tiffin Cup competition to find the best South Asian Restaurant in the country.

Following the success of the Tiffin Cup 2018, MPs have, for the 14th year running, been asked to nominate a restaurant in their constituency as the best South Asian restaurant in the UK in this mouth watering competition. Last year 48 restaurants were nominated from around the country.

The Tiffin Cup is awarded every year by the Tiffin Club of MPs, formed in 2006 by former MP John Barrett, Michael Fabricant MP and Keith Vaz MP. The aim is not only to applaud the quality of South Asian food in Britain but also to raise much needed money for charity. This year the competition is in aid of the charity ‘World Vision’.

“After the overwhelming success of last year’s competition, we are looking forward to another chance to sample some of the best offerings of Indian food in Britain.

I wish Aagrah the best of luck in the competition!”

“I am delighted that the nomination for Aagrah has been accepted and will take part in this year’s Tiffin Cup. This is such a prestigious competition and I look forward to welcoming Aagrah to the House of Commons, should they win their regional heat.

I am sure everyone in the Shipley constituency will be rooting for Aagrah to become the Tiffin Cup 2019 Champions!”