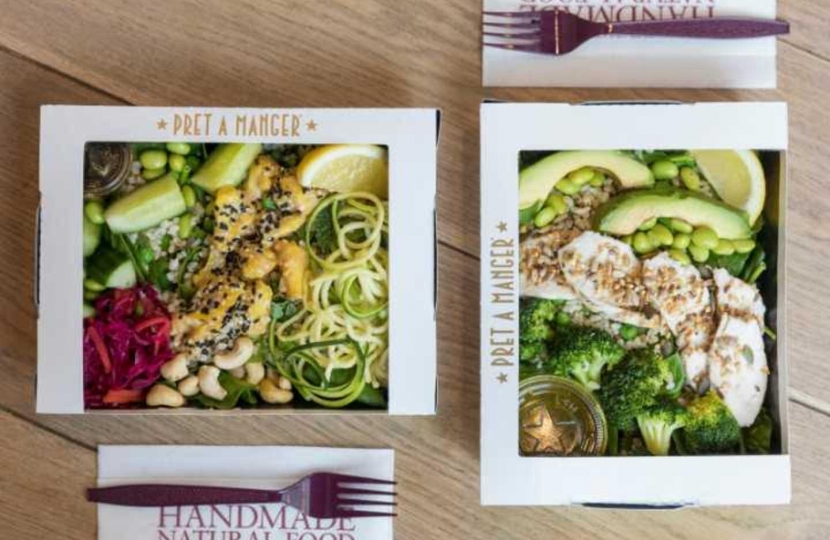 An MP has expressed disappointment after being told sandwich giant Pret will not be opening a store in Shipley - but vowed to keep encouraging other new businesses to the area.

Shipley MP Philip Davies had contacted the company’s CEO Clive Schlee asking him to consider the area as a future location.

But today Mr Davies was told it is not yet feasible.

He said: “This is obviously extremely disappointing but Mr Schlee fulfilled his promise to me to look at the area and crunch the numbers and I am grateful for that. I take the view if you do not ask you do not get and I will keep asking when it comes to Shipley as this is a great area, we have a lot to offer and I will continue to keep trying to bring new investment and businesses, which in turn creates jobs to the area.”

After Mr Davies contacted him, Mr Schlee he said it was good to see an MP encouraging the business to their area.

In the letter Mr Schlee said: “We have taken a good look at our strategy for opening stores in regional towns and I’m afraid Shipley does not yet qualify. It costs well over £500,000 to open a Pret and we really need to attract 4,000 customers a week to make the business profitable. Getting one in four of the Shipley population to come in every week seems a tall order.”

Pret say it costs so much as they build a kitchen to prepare their food fresh on site each day which is then given free to the homeless at the end of the day if left over.