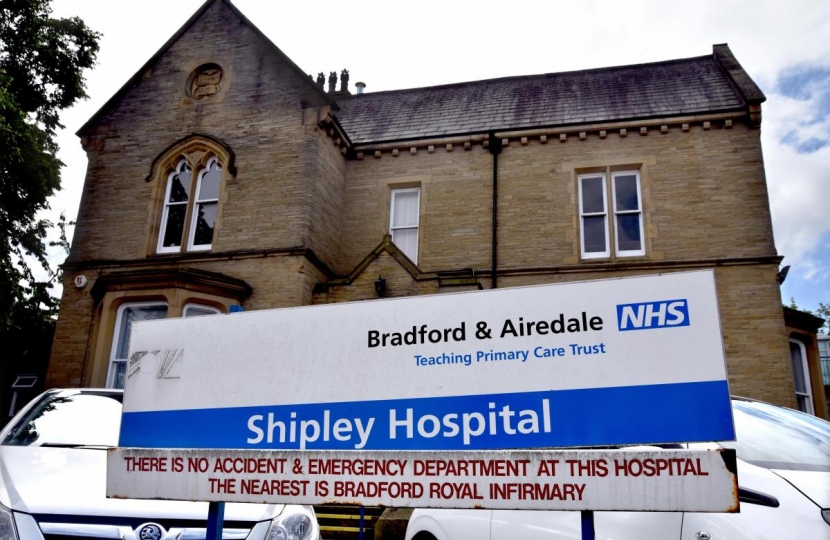 Philip Davies MP has urged health chiefs to reject proposals to close Shipley hospital - asking instead for the site to be refurbished and kept open.

Shipley MP Philip Davies said the hospital was a well established part of the community and offered accessible outpatient care close to home.

He has written to health chiefs across the district setting out his concerns calling for a re-think along with answers as to why the site cannot be refurbished.

Mr Davies said: “This hospital offers excellent services including radiology, physiotherapy, counselling and mental health services, and people like having the facilities close.

“People do not want to travel for treatment or appointments when they feel unwell; they want to be able to access services in their community. I understand work must be done to the site and of course the safety of patients and staff is the most important thing and work that needs to be done should be done. I want to see the hospital refurbished and repaired not closed and services moved elsewhere.

“I have been told and it was also reported at the time when the proposed closure was announced, that it is costing health authorities large sums of money each year for the unused space and the other reason for the proposed closure was the ongoing suitability of the building. I want to know why the money was not spent on vital repairs which would allow more services to be offered.”

The day the news broke of the proposed closure Mr Davies also raised the matter with the Department of Health and Social Care but was told the decision would be taken locally.

A consultation regarding the future use of the hospital is expected to begin this month.