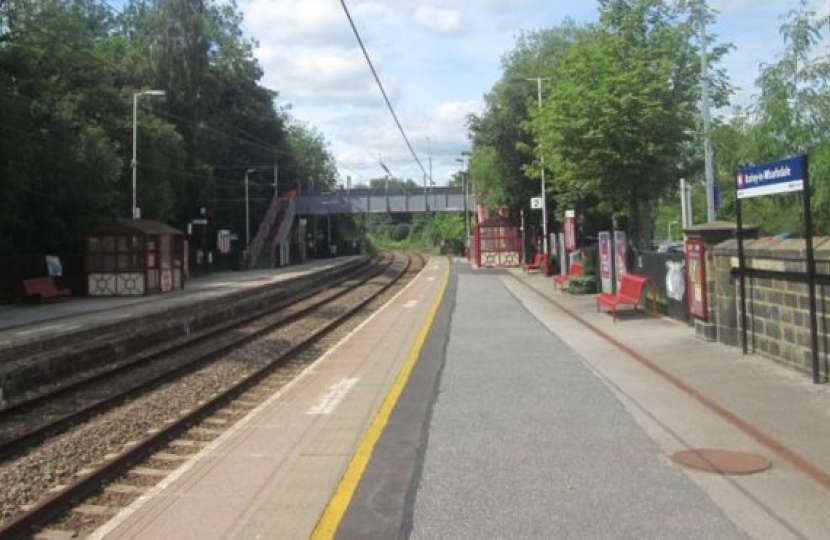 AN MP has thrown his weight behind attempts by rail bosses to secure Government funding for improvements at Burley in Wharfdale station.

Shipley MP Philip Davies has written to Transport Ministers setting out what changes are needed at the station ahead of a formal bid being submitted by West Yorkshire Combined Authority and Northern under Government’s Access for All scheme, which improves accessibility at stations.

Mr Davies said: “I have raised this issue many times with the Department for Transport and will keep doing so to ensure they fully understand the geography of the station and why these improvements are crucial to inclusivity.

“Accessibility at the station needs to be improved. Anyone wanting to board a train in the Ilkley direction at Platform 1 needing step free access would have to walk for 0.2 miles around the station and enter via Hag Farm Lane. This is a largely unmarked route with no pavement and unstable ground, making access difficult in many cases. Crucially there are only two disabled parking bays in the car park on the Leeds side of the station. These become largely redundant when returning on the opposite platform requiring a long walk back to the car park. Improvements to the car park and extra drop off points to ease congestion are extremely important at this station as many of my constituents commute to Leeds, Bradford, Ilkley and beyond every day.

“I will keep setting out the case to ministers to ensure they are on board with this.”

Submissions for the current round of funding must be submitted by October 18 and allocations of between £250,000 and £1 million will be awarded.

Since Access for All launched in 2006 more than 200 stations have benefited from step free access and another 1,500 stations had smaller access improvements made. Last year Government announced it would extend the scheme from 2019 to 2024 with an extra £300 million made available.

Last year Menston was named as one of the successful stations and was awarded money to get step free access, after years of lobbying by Mr Davies.

Government wants the 13.9 million disabled people in Britain to be able to travel independently and hopes the newly accessible stations will open up routes across the country.