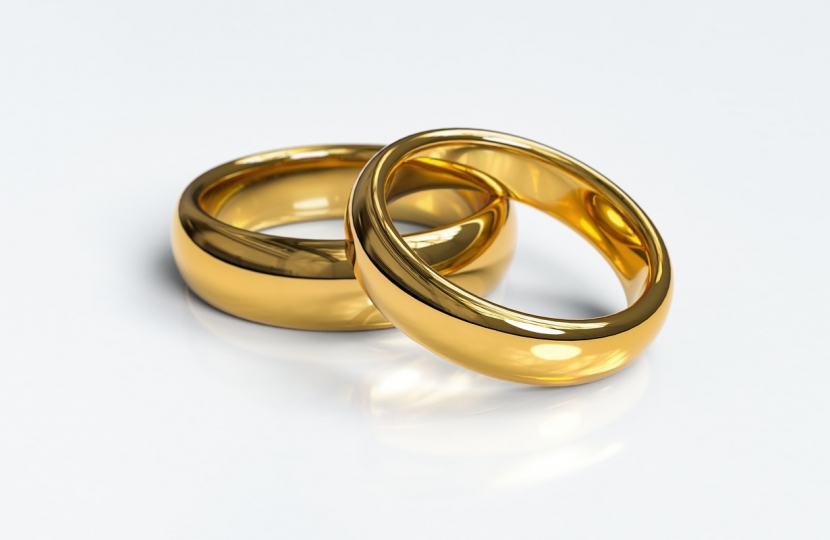 An MP is calling on government to ensure civil marriages are conducted before or after any Islamic ceremony.

Shipley MP Philip Davies said it would ensure women are fully protected under UK law and not subjected to Sharia courts if they experience problems in their marriage.

He is among a group of MPs calling on the Home Secretary Sajid Javid and Justice Secretary David Gauke to take the advice from the Council of Europe and make it law.

Mr Davies said: “I am deeply concerned about the plight of many Muslim women in this country who are not officially married under English law. They can suffer grave disadvantages because they lack legal protection. What is more, they are often unaware that their religious-only marriage is not legally recognised.

“Many of these women experience inequality in access to divorce, polygamy, as well as discriminatory child custody or inheritance policies.”

A Private Member’s Bill by crossbencher and human rights campaigner Baroness Cox is before Parliament which proposes amending the Marriage Act 1949 to make provision for all religious marriages to be solemnized on the authority of a superintendent registrar.

Mr Davies added:  “No woman should fear having to have their case heard at Sharia Court. We need to find a solution to this urgently. Therefore I hope Government will act to comply with the recommendations of the Council of Europe and the provisions set out by Baroness Cox. There is one law of the land in the UK and everyone should be protected by it.”

Mr Davies has repeatedly said there is no place for Sharia Courts in the UK and that Muslim women must be given the same protection as other women. He has worked alongside Baroness Cox and met with women who have told him how they have been discriminated against by Sharia courts.