Philip Davies: It's time we started working for all of you - The Sunday Express 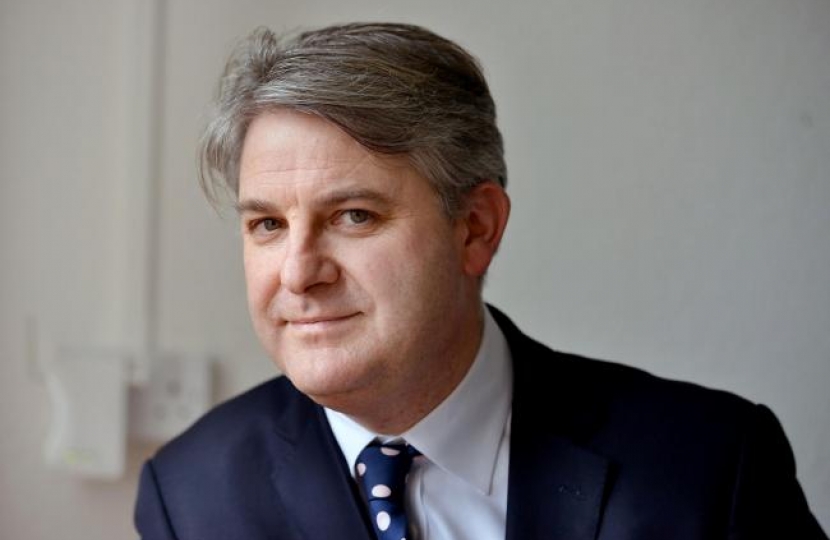 ISN'T the House of Commons there to represent the people of the United Kingdom? It might seem a strange question but are MPs actually representing people on key issues? Many MPs now seem to advocate representing the public based on a politically correct tick box. Not a day goes by without someone mentioning the need to "represent/reflect the communities we serve".

Back in the real world, in terms of truly representing people (rather than obsessing about someone's gender or skin colour) how are we faring? Absolutely abysmally I'd say. The most headline-grabbing current example is Parliament's continuing mission to try to frustrate Brexit. We know the House of Commons is out of touch on the EU. Around 75 per cent of MPs voted for or campaigned for remaining in the EU.

However the result was that more people voted to leave and yet still many MPs seem to think they can cast aside public opinion like an old sweet wrapper and carry on as they were before the public came up with an answer they did not like.

We knew the EU would try to do that but shouldn't we expect better of our own MPs? After all, they were telling voters this was a once in a lifetime chance to record their opinion. This does not sit comfortably with many spending every waking hour since trying to dishonour the result, especially when most MPs elected since the referendum stood on manifestos with a clear commitment to implement Brexit.

You do not have to look far for another example of the chasm between Parliament and people. The public's views on law and order compared to the Government's are chalk and cheese. People want more police and want them on the streets.

They want tougher action on criminals and tougher sentences for most crimes. In a poll a few years ago asking views on a sentencing escalator (repeat offenders given increasingly harsh sentences for committing the same crime again) 90 per cent of the public were in favour. So, are we doing that? No. Not only are we not, this Government is now touting the idea that there should be a presumption against short sentences - possibly six months or fewer. You might have thought, "Great, we shall now get longer sentences". Alas, no.

Short sentences will be replaced by no sentences at all. It is a ludicrous suggestion yet, with all eyes on Brexit, it is genuinely being pursued by the Ministry of Justice. Never mind the public, just ask police officers what they think, then brace yourself!

It is hard to get sent to prison as it is: you either have to commit a really serious crime or offend so many times that there's no other option. Someone managed to be convicted of 62 shoplifting offences before finally being sent to jail.

Offenders sentenced to six months or fewer last year had racked up an average of 55 previous offences each. They had also received an average of five community orders, which clearly didn't work. Around 2,000 knife offenders received six months or fewer. In a knife crime epidemic, who in their right minds would not want to see these offenders in prison? At least, while they are serving their short sentences they are not continuing offending.

Then there's overseas aid. We spend more on that than on policing and double what we spend on our justice budget. This money is fixed, ring-fenced and will only increase. People do not generally share politicians' desire to spend money as if it is going out of fashion to make themselves feel better.

To add insult to injury, people then hear of billions spent on ridiculous projects or syphoned off by corrupt officials. This happens in a department whose mission is to spend as much as possible so there can be a luvvie hug when we hit a random target. As with the overseas aid cult, there's the religion of political correctness, which has a huge following in Parliament. Many MPs are obsessed with tick boxes, so-called positive discrimination. They refuse to speak the truth for fear of upsetting minority groups and twist facts to suit the agenda.

Heaven help anyone who challenges this cosy politically correct consensus. I have tried!

Yet most people are fed up with political correctness. Hardly anyone identifies as a feminist. They just want men and women to be treated fairly and equally. But Parliament makes our laws and so politically correct tentacles spread. These are key issues where Parliament is not representing our views and I haven't even started on HS2. And we know what many MPs think of voters who do not share their Leftwing or Remain views.

Being out of sync with the public should be of grave concern. For a Parliamentary democracy to work, people have to feel that those in the Commons speak for them.

This isn't happening and MPs should fear the backlash that will come if this continues.