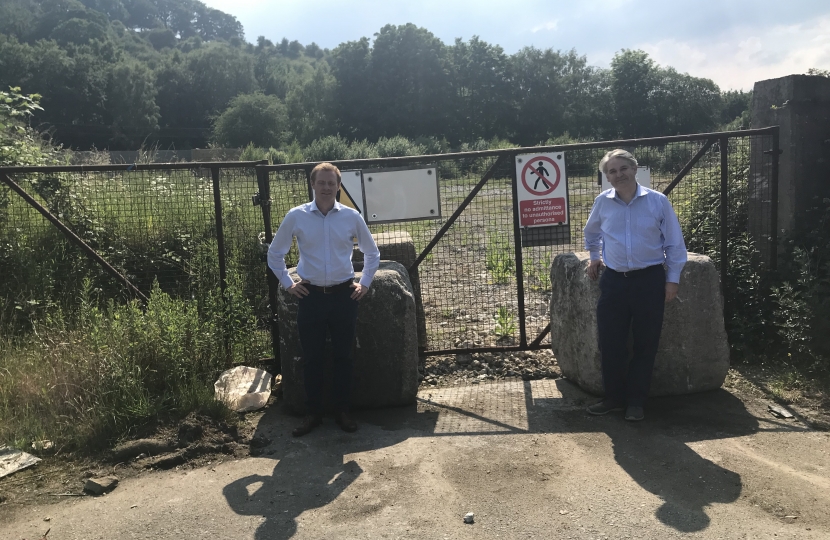 Air quality across Shipley is already poor with high levels of Nitrogen Dioxide and will inevitably be made worse if plans for a controversial waste-to-energy plant go ahead, an MP has warned.

Shipley MP Philip Davies said it was ludicrous the Environment Agency claims it is minded to issue a permit to Endless Energy’s application to build and operate a waste incinerator at a site on Aire Valley Road, Keighley, given existing air pollution problems.

Mr Davies said: “The Environment Agency say regulatory controls are in place to protect people and the environment, and that they will not allow anything that poses an unacceptable risk to go ahead. There is no doubt in my mind this will increase pollution and with increased traffic going to the site there will be increased levels of Nitrogen Dioxide (NO2) and therefore does pose a risk to my constituents.”

Mr Davies’ concerns about air quality across the district have been backed up by the Department for Environment, Food and Rural Affairs. He submitted a Parliamentary Question asking what assessment had been made of air quality in Shipley, in a bid to gain more evidence to present to the Environment Agency.

Environment Minister Rebecca Pow said: “Local authorities take the lead on monitoring levels of air pollution within their boundaries. City of Bradford Metropolitan District Council (CBMDC) was one of eight local authorities directed in October 2018, as part of the supplement to the 2017 UK Plan for Tackling Roadside Nitrogen Dioxide. Concentrations, to develop a local plan to tackle identified NO2 exceedances, following a Government-funded targeted feasibility study conducted by the council. This study identified persistent long-term exceedances of legal NO2 limit values in and around the city centre including the Shipley area, and that without further action CBMDC would not be compliant with legal NO2 limits until 2027.

“Following approval of its plan early this year, CBMDC was subsequently directed and funded to introduce a charging Clean Air Zone in late 2021 that will cover the city centre, Canal Road corridor, Shipley and Saltaire, enabling CBMDC to achieve compliance by 2022.”

Mr Davies said the answer was more evidence the scheme should not go ahead.

He added: “It is clear there is a problem in the area and levels of NO2   have been high for too long and exceeded legal limits so it is beyond me as to why the Environment Agency would even think about allowing the incinerator to go ahead in an area where there is an existing problem with air quality. I will be sending them this answer to them in a bid to focus their minds on the problem in hand.”

Keighley MP Robbie Moore added: “Communities in our area are united against a polluting waste incinerator here. I am pleased that Philip and I can work together on this as the issue will affect both of our constituencies.

“Residents who share our view that this site is not appropriate for such a development still have time to log on and register their objections with the environment agency.”

High levels of the NO2 can cause a flare-up of asthma or symptoms such as coughing and difficulty in breathing. Scientists are increasingly linking air pollution to adverse long-term health problems for children and

Residents have until July 29th to submit their views on the Aire Valley Incinerator, and these can be submitted to the Environment Agency here: https://consult.environment-agency.gov.uk/psc/bd21-4lw-endless-energy-limited-epr-zp3537at/.