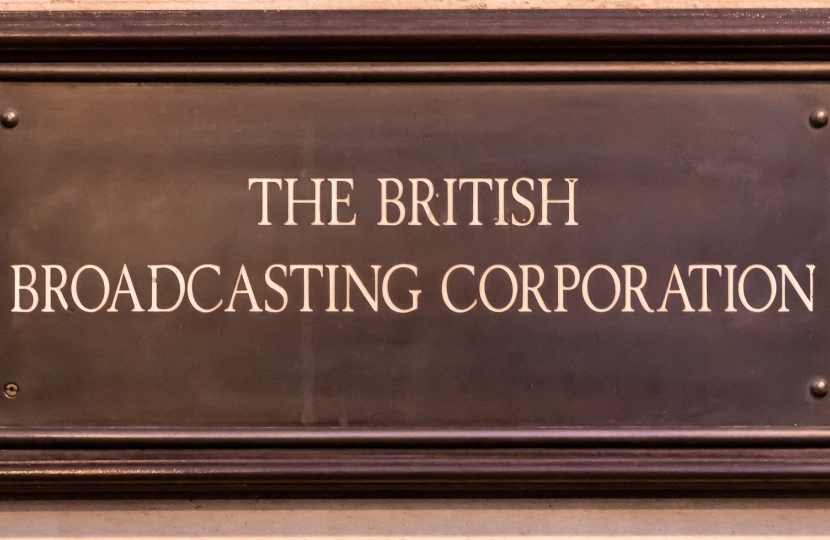 An MP has branded the BBC “not fit for purpose” with costs for the independent inquiry into the infamous Panorama interview expected to top £1.4 million – money that could have funded free licences for all over 75s in the Shipley constituency.

Shipley MP Philip Davies said it was a disgrace that so much licence fee money was paying for inquiries into institutional deception and not on programmes and said bosses should hang their heads in shame.

The inquiry into the Martin Bashir interview of Princess Diana found the organisation guilty of covering up concerns staff had raised with management over Bashir’s behaviour and a continual cover up of how Bashir secured the interview as media interest in the interview increased.

Mr Davies said: “I have long been a critic of the BBC – and always believe the licence fee should be scrapped - and I am even more disgusted following the findings of the inquiry. It is beggars belief that people at the top of this organisation appear to have covered up this wrongdoing for 25 years and now are happy to waste the money of hard-working people who pay the licence fee to fund the inquiry into its deception."

“This is the organisation that took free licences away from the over 75s claiming it was too expensive. I would suggest if the organisation behaved in a more appropriate manner it would save a lot of money.”

The report and related costs are expected to total around £1.4million. The cost of a standard TV licence is £159 meaning it could pay for 8,805 TV licences – one for every over 75 in the Shipley constituency estimated to be about 8,000 people.

Mr Davies added: “It is bad enough people have to pay the licence fee in the first place but this is a kick in the teeth for all my older constituents having to pay their licence fee. My constituents should not be paying for the consequences of a BBC cover up or reports into its wrongdoings.”

Mr Davies has repeatedly called for government to consult on making the BBC a subscription based service arguing if the provider offers such good value for money it has nothing to fear from a subscription model, and that people should have the freedom to choose if they want to subscribe to and watch the BBC or not.