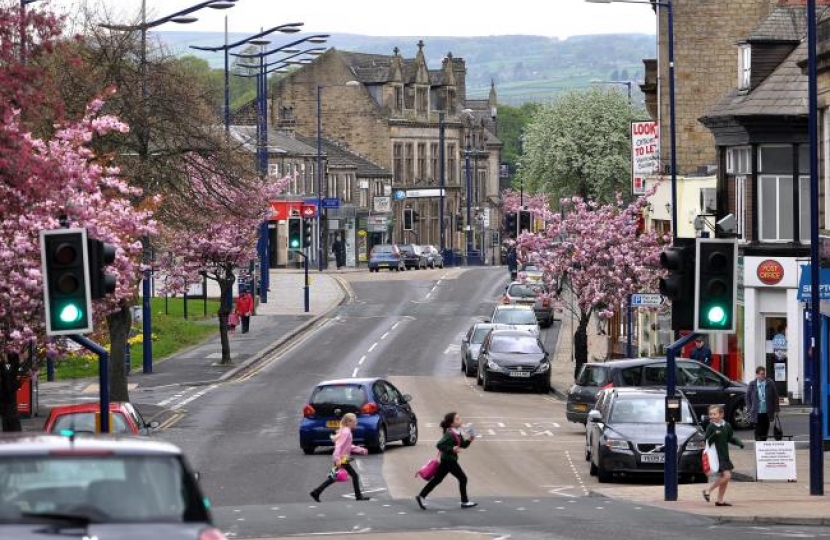 Philip Davies MP has accused Bradford Council of prioritising the city centre for its own political gain after it confirmed it will not bid for cash to improve high streets in other parts of the district.

Philip asked council bosses if they were looking at any areas in his constituency to put forward for investment as part of a government funding scheme to make high streets fit for the future and meet the changing needs of shoppers.

In a letter to Mr Davies the council said following an assessment of potential locations it had chosen the top of town area of the city centre, where there are plans to relocate the existing market and create a new City Village residential scheme.

Strategic Director Steve Harley wrote: “The process only permits Local Authorities to submit an application covering a single location. Based on the selection criteria Bradford City Centre offers the greatest chance of being selected for progression to full application. We are confidence that there will be both Private and Public sector support for this proposal. Which we feel will best deliver the Council’s strategic ambitions.”

Mr Davies said it was typical of the Labour-led council to focus on its heartlands at the detriment of the rest of the district.

“While I am extremely disappointed that once again my area is not being put forward for investment, I am not surprised,” he said.

“This is what the council do and have done time after time. I would be very interested to know what so-called assessments were made of other areas outside of the city centre and the reasoning behind these not being put forward. There is no reason there would not be Private and Public sector support for proposals in my constituency or in Keighley. This is yet another example of why I believe we should split away from Bradford Council and focus on ensuring our areas get a fair deal.

The bid will be submitted to the Ministry of Housing, Communities and Local Government’s Future High Street Fund. The £675 million available aims to support local areas’ plans to make their high streets and town centres fit for the future and “not just survive but thrive”.

Local Government Secretary James Brokenshire said: “High streets and town centres lie at the heart of our communities across the country, creating jobs, nurturing small business and injecting billions of pounds into our economy. But the way we shop and the way that communities use their high streets and town centres is changing; we are shopping more online, making fewer big shopping trips and shopping little and often. This changes the nature of what makes a high street successful.”