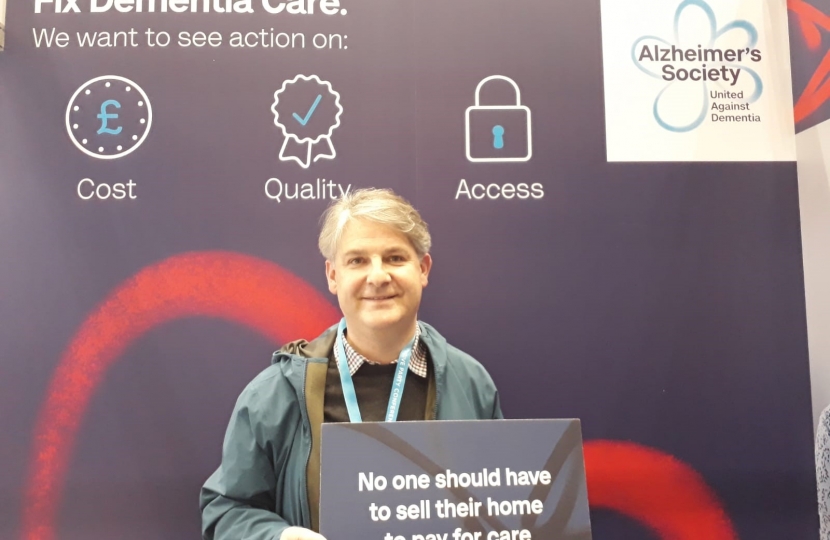 The Shipley MP met with representatives from the organisation and set out his commitment to its Fix Dementia Care campaign.

He said: “I am proud to offer my support to people affected by dementia and have made the case for urgent social care reform to Government ministers. No one should be forced to sell their home to pay for care. Adult social care needs reform so it can meet the unique needs of people living with dementia and ensure they can access the good quality care they need and deserve.”

The organisation want Government action on long-term reform to be included in Monday’s Queen’s Speech and in any future political manifestos.

It believe social care should be funded like the NHS, schools and other public services so people are not left with huge costs to cover specialist dementia care.

Mr Davies added: “One million people will have dementia by 2021 and it is vital that they are able to access the care they need and deserve without facing devastating costs.”

Mr Davies is also becoming a Dementia Friend, a programme aimed at educating people about what it is like to live with the condition and how they can help others by making a positive difference to people living with dementia in their community.

Sally Copley, Director of Policy, Campaigns and Partnerships at Alzheimer’s Society said: “It is fantastic to see our elected representatives from national and local government coming together to champion the voices of people with dementia and call for reform. We urge the Government to act now and provide the social care reform that people affected by dementia are crying out for.”

For information and support call the National Dementia Helpline on 0300 222 1122 or visit alzheimers.org.uk.