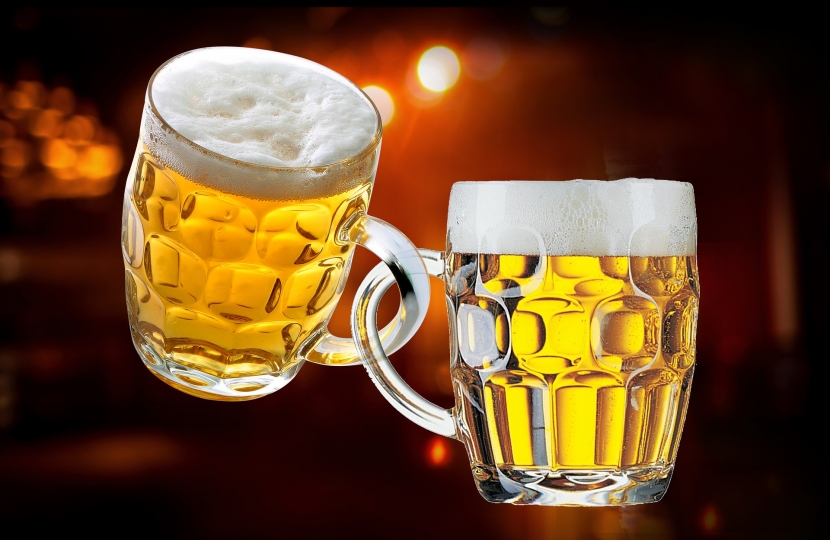 AN MP has urged the Chancellor to cut tax on draught beers sold in pubs to help the industry recovery from the pandemic.

Shipley MP Philip Davies said the order to stay closed had devastated the industry and Government should do everything it could to support pubs as they prepare to reopen their doors next month for outdoor gatherings.

Mr Davies said: “Pubs have not traded properly for a year now and while some could adapt and offer a takeaway service, others could not. They have already faced huge costs to become Covid compliant and as they prepare for the reopening of outside hospitality, we need to show we are on their side and will do everything we can to help the industry thrive once again."

“I have long called for lowering of duty and Government needs to listen. The UK has one of the highest rates of beer duty in Europe and publicans have told me that it forces them to either put up prices or close their doors forever. Our pubs are the heart of our communities and no one wants to see them close. We need to do everything we can to support new jobs in the hospitality sector and boost investment in business.”

The plan would see pubs pay lower duty on draught beer than in paid by supermarkets on bottles and cans would target support to Britain’s pub trade.

Mr Davies is one of 76 Conservative MPs calling on Chancellor Rishi Sunak to act.

Keith Bott, owner of Titanic Brewery and former Chair of the Society of Independent Brewers, who is coordinating the campaign said:

“I would like to thank Philip Davies for his support to Britain’s pubs and breweries by backing a Draught Beer Duty cut. This has been an extremely difficult year, and with the extra costs of being Covid safe, many pubs are facing an uncertain future. Cutting duty on draught beer will get support into the hands of publicans and Brewers and allow them to survive and invest in their futures”.