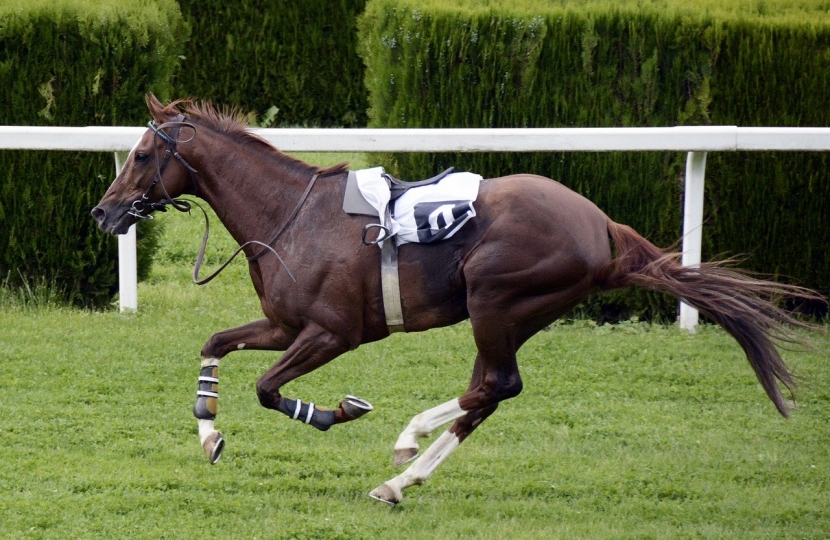 An MP and top racing commentator have once again teamed up to raise money for a Shipley charity by selling off colours charts from the Grand National and its virtual counterpart.

Shipley MP Philip Davies contacted ITV commentator Stewart Machin to ask whether he would part with the two charts, which commentators draw up to help them identify runners and riders quickly, in exchange for a donation to charity.

It is the second year the pair have raised money for local charities. Last year Mr Machin auctioned off his colour chart from the Virtual Grand National and Mr Davies placed the winning bid and the money was donated to The Cellar Trust. This year the pair have decided to give the money to Carers’ Resource in Shipley.

Mr Davies said: “Carers’ Resource do a fantastic job supporting unpaid carers who provide invaluable support to friends and family. Those carers also need support, rest and somewhere to go and be with others who understand the situation they are in and Carers’ Resource play a vital role in providing that crucial support."

“Stewart came up with the brilliant initiative last year to support the Cellar Trust and I thought he may be interested in something similar this year to help a local charity which has been badly impacted by the pandemic and I was delighted when he agreed."

“Once again this has been a historic Grand National with the amazing Rachael Blackmore becoming the first woman jockey to win the Grand National and it is an honour to have a part of that history. Horseracing does a huge amount to support charities and I am happy to help play a small part in that."

Mr Davies will be giving £2,000 to Carers’ Resource in Shipley.

Mr Machin said: “Having once again had the privilege of commentating on the Virtual Grand National for ITV, I was surprised and delighted to receive an email from Philip enquiring as to whether he could once again obtain my colours chart in return for a charitable donation."

“The sum agreed was more than generous in my view and I was, therefore, taken aback when Philip offered to double that figure if I would also throw in my colours chart for the race itself. Philip has nominated a local charity close to his heart and I'm certain that, through his generosity, lives will be changed for the better."

“I wish only that my artistic skills were considerably better as not even my own mother would pay for anything I turned out!”