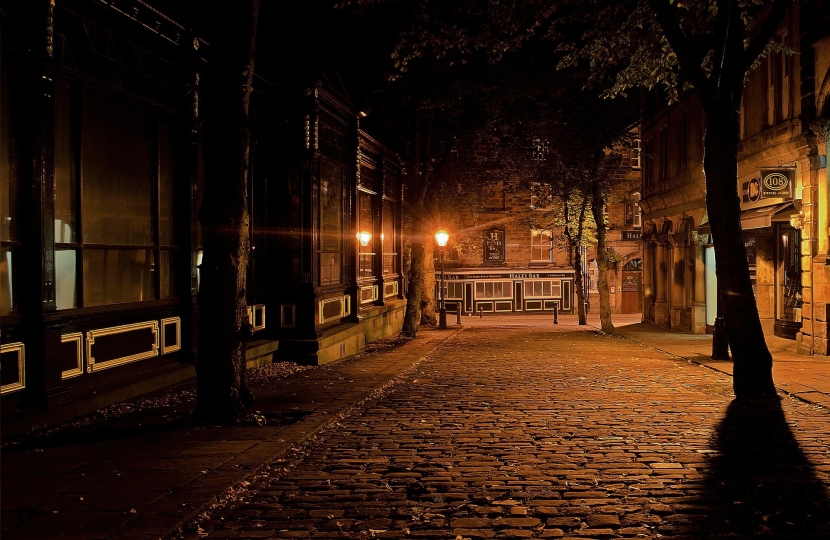 AN MP has demanded Government fund more CCTV on streets up and down the country to help keep people safe following the murder of Sarah Everard.

The call was part of a series of suggestions by Shipley MP Philip Davies to Government where he called for change during a Parliamentary statement on policing and the prevention of violence against women.

He also wants changes to the DNA database with an end to people being removed arguing it could help solve crimes.

Mr Davies said: “It is clearly unacceptable for any woman to feel unsafe walking the streets, can I propose some practical measures that the Home Secretary might adopt. Can she introduce a fund for much more CCTV around the country which will help to make our streets safer for people and bring evidence where there is a crime committed. Can she also stop taking people off the DNA database, there are huge numbers of crimes sexual assaults, rapes and murders, where there is DNA evidence available but no match and the more people on the DNA database the more chance of getting these people off our streets and rightly convicted.”

Mr Davies also called for an end to the automatic early release for criminals deemed a threat to society and for an increase for sentences for convictions of rape and sexual assault.

He added: “These measures will actually help make our streets safer for everyone.”

Home Secretary Priti Patel suggested Mr Davies be part of a group of MPs examining legislation so he could push for action further.

She said: “I thank him for his comments and practical suggestions. We are doing a lot on CCTV and we have the safer streets fund which he will be very aware of. He has raised a number of areas and I suspect if he were to join the Bill committee of the Police, Crime, Sentencing and Courts Bill he can absolutely contribute to make these points there.”

Mr Davies has long campaigned for more CCTV and an expansion of the DNA database believing people with nothing to hide would not oppose it. He previously tried to give his DNA to West Yorkshire Police to store on the database as part of his campaign but was told it could not be given as he had not committed a crime. He also wants an increase in the use of Automatic Number Plate Recognition which was vital in tracking down the murderers of PC Sharon Beshenivsky shot dead in Bradford in November 2005.