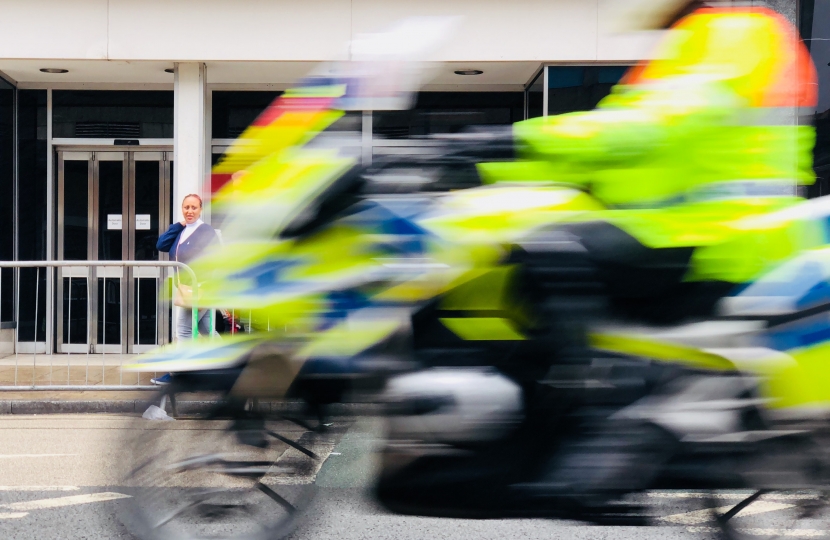 Anyone guilty of assaulting an emergency worker across West Yorkshire could face two years behind bars as Government launches a consultation into doubling the sentence – two years after Shipley MP Philip Davies demanded change.

Mr Davies tabled amendments to the Assault on Emergency Workers (Offences) Bill in early 2018 urging Government to increase the sentence to two years but his calls were rejected, and Justice Ministers said the charge would only carry a maximum of 12 months.

He said: “Our police do an incredible job in very difficult circumstances trying to protect us all.  Prison officers are courageously working behind closed doors to keep our violent criminals in prisons and off our streets   Firefighters are risking their own safety to protect the public.  NHS staff are battling difficult conditions to care for and heal people.  The list of emergency workers just goes on and, right now, they are bravely going out to work day in day out in the current climate to try to keep us safe and well.  Yet those who have the audacity to hurt these very people who are trying to help us are not receiving tough enough sentences.  The timing of the announcement to consult on increasing the sentence for assaulting an emergency worker from 1 year to 2 years is perfect.  It is high time we made it clear that there will be consequences of breaching acceptable norms and those who want to attack rather than respect our emergency workers need to be given much more than a slap across the wrist.”

The consultation announced by Justice Secretary Robert Buckland and Home Secretary Priti Patel follows a manifesto commitment by Government to consult on tougher sentences. It will run for four weeks and could see legislation introduced to increase the sentence to 24 months, the second increase in two years, from the original six months.

Mr Davies said: “I would encourage emergency workers to have their say and make their views clear. I will be making representations as I passionately believe in tougher sentences for people who assault our extraordinary emergency workers. Once sentencing powers are increased it is vital the public sees sentences handed out being served in full. They want 24 months to mean 24 months, not 12 months. I know my constituents want Government to be tough on crime and so do I.”

Some of the offences covered under assault include pushing or being spat on. If an emergency worker is seriously injured, the perpetrator can be charged with offences such as ABH, GBH or attempted murder which carry more hefty sentences.