Bradford is Named City of Culture for 2025! 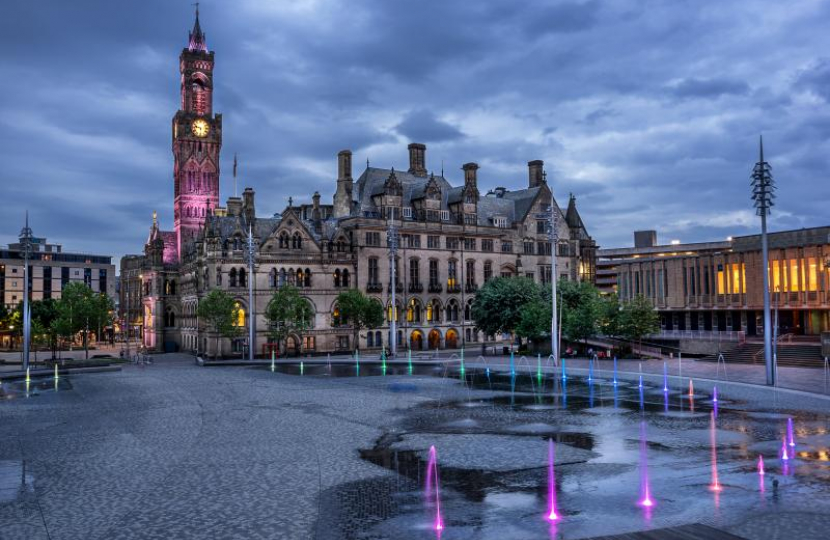 The district beat off competition from County Durham, Wrexham, and Southampton to take the coveted title.

Mr Davies said: “I am delighted Bradford has been named the City of Culture. It is something I have been lobbying Government hard for, over many months since the bid was first submitted.  I am extremely grateful to the Secretary of State at DCMS, Nadine Dorries, who always gave a sympathetic hearing to why Bradford should win this accolade.

“I know many of my constituents were concerned that Bradford Council spent so much money on this bid at a time when many services - such as children's services - are in a such shocking state, and I understand that concern. However, once that money had been committed to the bid, it was important that Bradford won. That is why I have lobbied so hard for this.

“Across our district we have a lot to offer culturally, and I hope being named as City of Culture will give confidence and pride across the district and bring economic benefit with new investment, new jobs being created and an influx of visitors to the area – in turn creating an economic boost for the district.

"I want to particularly congratulate the bid team - led by Shanaz Gulzar and Richard Shaw. They did a brilliant job and this success belongs first and foremost to them”

Culture Secretary Nadine Dorries announced the winner live on BBC 1’s The One Show following independent advice from a panel of experts led by TV-writer and producer Sir Phil Redmond.

All four areas were visited ahead of a decision being made., including a visit to Salts Mill in Mr Davies’ constituency.