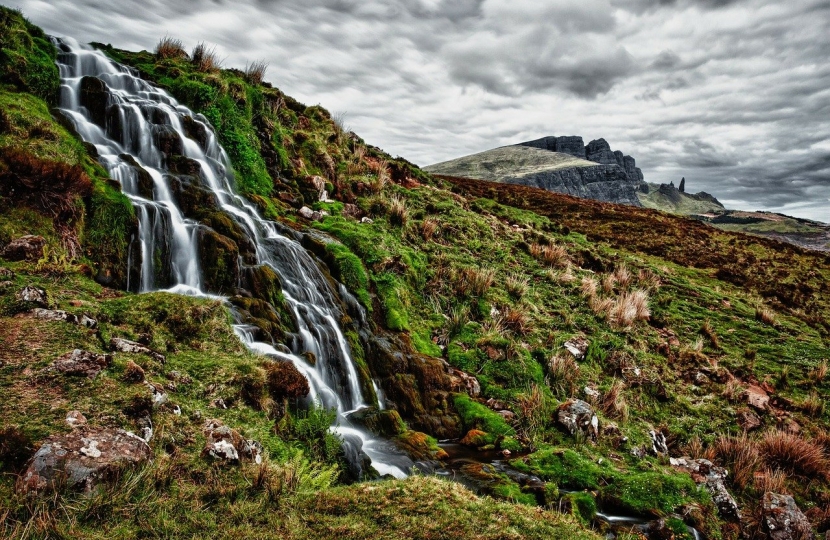 AN MP has demanded Bradford Council retract all comments promoting Goit Stock as a place for a nice day out making it clear it is a footpath and no one should be stopping at the waterfall.

Shipley MP Philip Davies raised the matter with the council last year following complaints from local residents of littering, anti-social behaviour, and reports of people defecating and generally causing a nuisance but was told there was little it could do given the land is privately owned.

Now he has again written to Chief Executive Kersten England urging her to act following the death of a 14 year old boy this week.

Mr Davies said: “I cannot begin to imagine the pain his family and friends are going through and my thoughts and deepest condolences are with them at this awful time."

“Last year the Council advertised Goit Stock Waterfalls as a local beauty spot for a nice day out. It is not somewhere for a day out, or to take a picnic, or to sunbathe. It is an area with a beautiful waterfall which can be admired by walkers by on the footpath. Encouraging people to go there for a day out was completely irresponsible."

“The Council needs to take responsibility and in the same way it thought it suitable to advertise the area it needs to “advertise” and make it clear this is not the case. It is a footpath and nothing more. I made this point last year and was ignored and now we are in the awful position where a child has lost his life.”

The land being privately owned poses difficulties for it to be policed but Mr Davies said it was clear an urgent meeting between officials, Police chiefs and the landowner was now needed.

He added: “There are two issues that need resolving. Many residents are rightly unhappy with the continued littering and general disruption but there is also a very serious safety issue. With the easing of lockdown rules coupled with warmer weather, and the Council encouraging people to visit there is the real possibility the area will be heaving with people in the coming weeks and this cannot happen.”

Mr Davies added: “I know Councillors Paul Sullivan and Naveed Riaz, along with Conservative candidate Sally Birch have made their views known and have made representations on behalf of residents. These issues can also be discussed at full council meetings, which I know they will do but due to the upcoming local elections the meeting will not be until July and this is not a matter that can wait.

“I will do everything I can to put pressure on Bradford Council to act but it is down to them to speak with the landowner and Police and come up with a solution to resolve the problem it created by encouraging people to go there.”