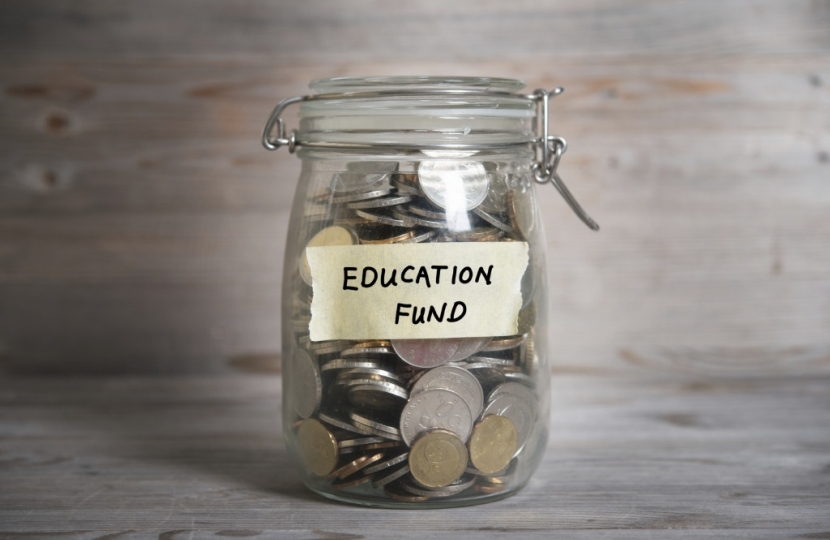 A top education boss has written to Philip Davies to thank him for help in securing extra cash for Further Education funding.

The Shipley MP was the only district MP named on a list of cross-party politicians calling for action on further education funding and backing a campaign by the Sixth Form Colleges Association to secure the extra cash.

Mr Davies said: “I want students at Shipley College and Bradford College to have the best future they can and staff at these colleges need more money to work with. FE is the only stage of education to have received a permanent drop in funding per student and I have made my thoughts very clear to ministers about this. It is misguided and I expect them to act on it.

“Britain is preparing to leave the European Union and it is vital we have a workforce that can keep pace with technological and demographic changes and have skills that future employers want. FE colleges have a vital role to play in that by working with employers and creating courses that fit those skill bases. It is obvious to me that not only should colleges be given a fair share of funding in line with other parts of the education sector, they should be given extra money as it these colleges that will provide the skills that will have direct benefits for the economy.”

He said: “Your support in securing the increase in funding announced in September’s spending round was invaluable, and we are very grateful for it. As you know, the Raise the Rate campaign  is seeking an increase in funding of at least £760 per sixth form student. The funding announced in the spending round amounts to £188 per student – a step in the right direction but still some way short of what is needed. We are still working with Department for Education on the £120m for high value/high cost subjects and are encouraging them to distribute this in a way that benefits as many students as possible.”

Education Minister Michelle Donalan today also told the MPs she recognises the pressures that FE funding is under and Government has been looking at this as part of the spending plans for 2020-21.

In her letter she said: “You would have seen the announcement on August 31 of an additional £400 million in 16 to 19 education. The Government has also committed to providing an extra £120 million of additional funding for more expensive and high-valued subjects, along with extra funding for workforce development.”

See Philip's work on this campaign by clicking on the articles below: