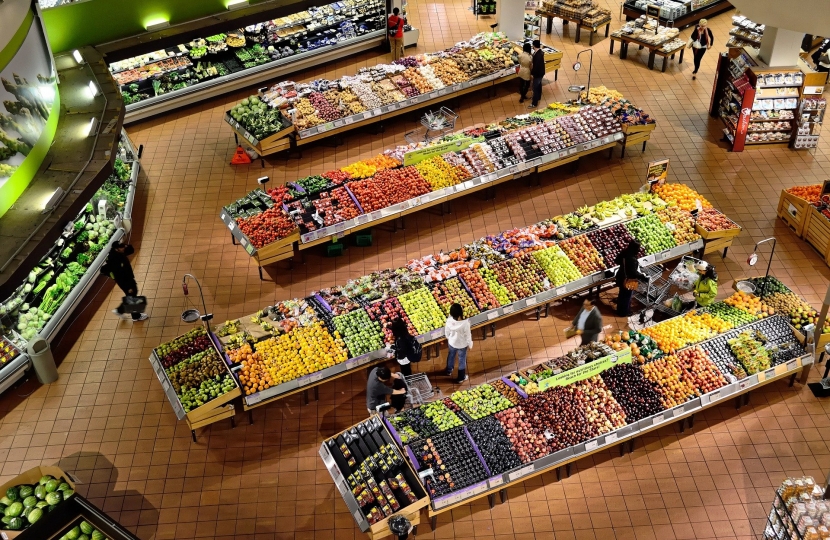 An MP who campaigned for supermarkets to pay back millions of pounds saved in business rates relief has welcomed the news one supermarket giant will pay out – and he wants the cash spent helping smaller businesses still struggling.

Shipley MP Philip Davies was one of a group of MPs in Westminster who wrote to supermarket bosses calling for them to hand back the combined £1.9 billion of support they received claiming it was “the right thing to do”.

Today Tesco announced it would pay £585 million it saved, despite reporting the pandemic had cost them £725 million in additional costs.

Mr Davies said: “The Chancellor was right to suspend business rates at the start of the pandemic as we needed to do everything possible to support businesses. Given how quickly the scheme needed to be rolled out there were no time for exemptions or conditions so supermarkets benefited in the same way our small shops did. The point of it was to help protect the high street and local businesses who desperately needed support not provide extra money for businesses that were making large sums of money.”

“Supermarkets remained open and did a fantastic job at keeping the country going and ensuring people had the essentials but at the same time they were continuing to prosper where other shops were forced to close. It is right they pay the business rates they were expecting to pay and I commend Tesco for leading the way and hope it is the first of many announcements to come.”

Mr Davies wants the money distributed to those who have been excluded from government support completely during the pandemic.

He said: “There are lots of businesses and people that need additional support and I want to see Government use that money to benefit them. I will be putting the case to the Chancellor for it to be redistributed to those who so far have received nothing at all.”

In the letter to supermarkets shopworkers were also praised for their efforts in keeping the nation fed.

Earlier this year Mr Davies called for tougher sentences for anyone guilty of assaulting a shopworker after reports cases of assaults and attacked had soared throughout lockdown.