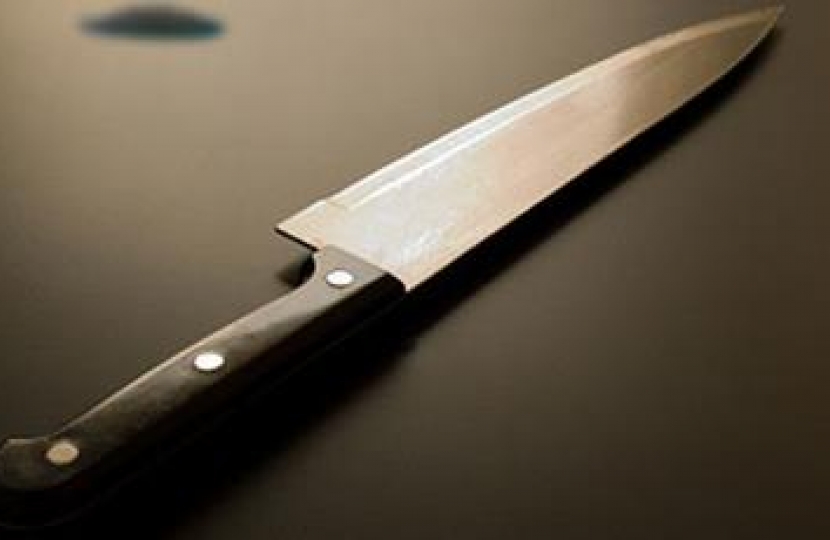 Demands by an MP to make threatening with a knife an offence in any location – not just public areas – will now become law after Government adopted his suggestion.

Shipley MP Philip Davies tabled amendments to the Offences Weapons Bill to close a loophole which meant people are only prosecuted if the incident happens in a public place or on school premises. Now Mr Davies’ change has been included and will soon become law.

Mr Davies said: “Clearly it was a ridiculous loophole that the offence of threatening somebody with a knife applied only in a public place and not in a private place, and I am delighted that the Minister listened to the argument and engaged with it and brought it forward.”

The Bill also makes it an offence to sell corrosives to anyone under 18 and clamp down on knife sales and will require sellers to verify a person’s age or face prosecution. But Labour Labour MP for Delyn David Hanson said it would not be police or trading standards enforcing the law but shop workers and they needed protection. During the third reading of the Bill in Parliament Mr Davies backed his call to introduce a fine of £2,500 for anyone abusing retail staff that refuse to sell the products.

Mr Davies added: “I worked for Asda for 12 years before I first entered this place, and what has been said about shop staff is absolutely right. It is a hellishly difficult job working on the checkouts in a supermarket—or in any shop, for that matter—and we ask an awful lot of those people, who are not paid an awful lot to do the really responsible job, that they do.

“I agree that the least that we can do in this House, when we put such pressures on them, is to give them the support that they need.”

Other measures in the Bill include additional powers for police to tackle serious violence, make it a crime to possess corrosive products in public with no good reason and make it harder for young people to buy deadly weapons such as knuckle dusters and zombie knives.

Home Secretary Sajid Javid said the Bill was needed to stop bloodshed on the streets,  prevent young people from getting their hands on corrosives and dangerous weapons and doing “irreparable damage” and would, and would tackle serious violent crime.

Mr Javid said: “We have made some important changes to the Bill after debate. So, for example, we have made it an offence to threaten someone with an offensive weapon in private as well as in public, and I thank my hon. Friend the Member for Shipley Philip Davies for first suggesting such a change and then helping us to work that through

“The Bill has of course, as many Bills do, raised some tricky issues. We recognise, for instance, that knives, corrosives and firearms are not in themselves offensive weapons, and that they have many lawful and legitimate uses in people’s everyday lives. That means that a balance needs to be struck between protecting the public and ensuring that legitimate activities are in no way unduly affected. I believe that the Bill strikes the right balance.”

The legislation has now moved to the Lords where it will be scrutinised before returning to the Commons and being given Royal Ascent meaning it becomes law.