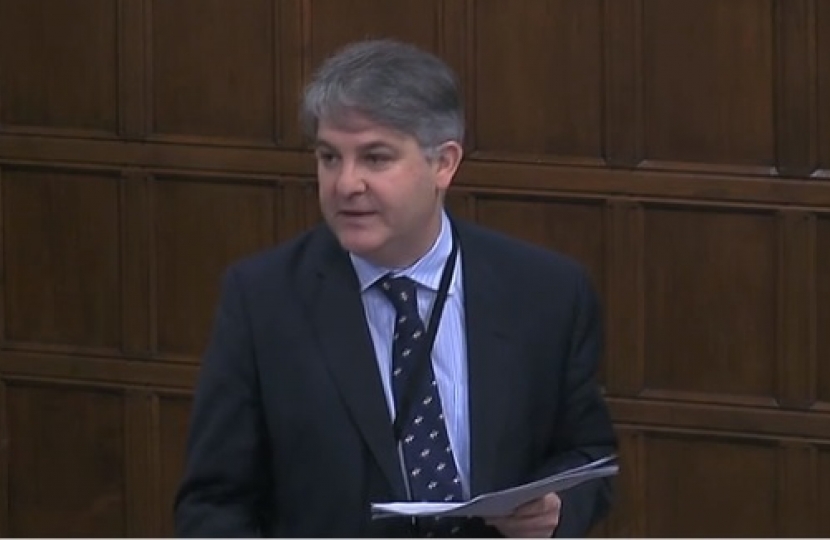 "It is a pleasure to serve under your chairmanship, Mr Austin. I congratulate my hon. Friend the Member for Stafford (Jeremy Lefroy) on securing the debate, and other hon. Members on participating in it. Like the hon. Member for East Dunbartonshire (Jo Swinson), I too hope that next year we will see the debate restored to its rightful place in the main Chamber, where there is more time to cover some of these important issues.

It is fair to say that I am often pilloried for arguing that men and women should be treated equally. I do not see that there is anything particularly controversial in that, but it never ceases to amaze me how often I am accused of being a misogynist, sexist, or some other term of abuse, merely for saying that men and women should be treated equally before the law. That is a principle I was brought up with as a child and maintain ​today. What seems to have happened is that in many cases, militant feminists have tried to close down any talk about men and women being treated equally. To try to close down the debate, they hurl abuse at the people who raise these issues, in the hope that people will not listen any more to what they say, that they will stop saying those things and that other people will be deterred from standing up and saying those things.

The people who do that to me clearly to not know me, because I am certainly not going to be bullied or intimidated in that way. I am delighted that other people are finding the courage to raise issues that affect men too. I do not think that anything I have ever said should be seen as controversial in a normal world, but somehow saying that men and women should be treated equally seems to be controversial.

“Males were independently associated with approximately 83% higher odds of being sentenced to imprisonment, compared to females.”

We can have victories for common sense; we just need some more. Men are increasingly getting a bad press, and it needs to be challenged. It seems bizarre to me that those who apparently fight discrimination, injustices and stereotypes are often quite happy to perpetuate all those things against men.

In thinking about International Men’s Day, let us remind ourselves that there are men who are victims of unequal pay, discrimination and harassment. We would not think so when we see all the headlines about equal pay gaps, which only mention women. They do not mention male part-time workers who are paid less than their female counterparts. For various reasons, in my view, the overall pay gap is not a result of widespread discrimination, but if they say it is, surely they should be equally outraged about the pay gap in part-time pay, where men are the losers. Surely the logic is that those men must be the victims of discrimination too, although that is unlikely to happen, because it seems that in the eyes of some people only men can be sexist.

There are also certainly men who are victims of domestic violence. Men are far more likely to be victims of violence generally. Men are victims of sexual assaults and rapes. Men are victims of stalking and controlling behaviour. Men are victims of so-called honour-based violence too; yet we would not necessarily think it if we were to pick up a paper, see the news, or hear about strategies for only tackling violence against women and girls. Every single victim of a crime is important, and preventing those crimes against anyone, male or female, should be a priority. The focus solely on women and girls is serious. To give one example of how dangerous it can be, a serious case review led to Bradford Council and the police apologising for letting down a 14-year-old boy who was groomed by dozens of men. Phil Mitchell of the BLAST Project in Bradford said:​

“I think the fact he was a boy was an issue. If the police had got a call that a girl was planning to sleep with an older man then I think officers would have responded with more urgency.”

People, not least the leader of the Women’s Equality party, have said that I am a proponent of the idea that we achieve equality by treating everyone the same. If that is supposed to be a criticism, I am stumped, and I will certainly plead guilty to it.

Why should male and female murderers not be treated the same? What possible justification could there be for treating them differently just because of their sex? Those who think the sexes should be treated differently in the eyes of the law are the ones who are truly sexist. They are the ones with the problem. Men and women are different, but that is perfectly compatible with their rightly being treated the same in the eyes of the law. Some people have said that every day is men’s day, but if anyone looks at the facts, that is certainly not the case. I would rather, as I have said before, that there was no need for an International Women’s Day or an International Men’s Day, and that men and women happily co-existed without tension or people stirring up issues with their own agendas. I hope that this year International Men’s Day provides an opportunity to focus on the negative stereotypical portrayal of men and the unjustifiable attacks on those who do not support the politically correct, militant feminist approach to things. I hope men and women can agree that that is not right, and join forces to ensure that the minority trying to do such damage do not succeed."