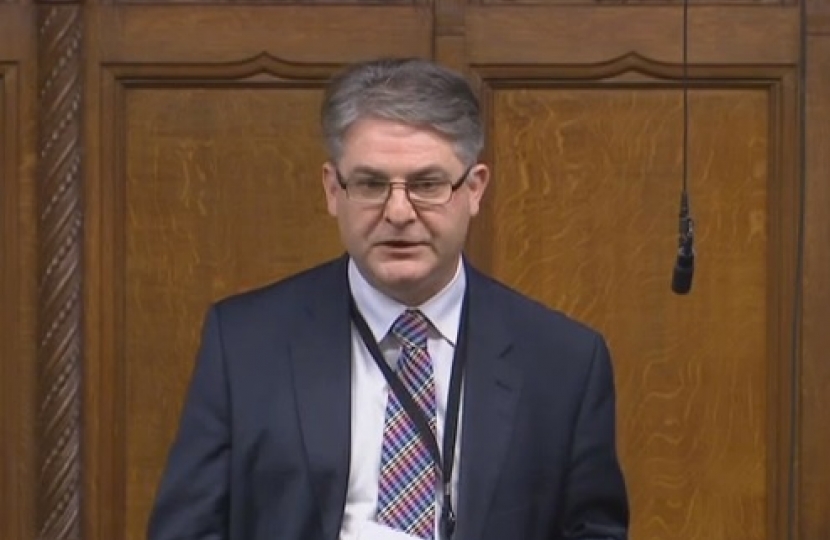 "Much of the debate has understandably focused on illegal encampments, and I certainly have those in my area, too, despite Bradford Council having not too long ago spent £820,000 refurbishing Gypsy encampments, including in my constituency. Even though only eight pitches are being used at Esholt, also in my constituency, that does not stop illegal encampments in other parts of the constituency, when there are perfectly good pitches to be used on such sites. It is not surprising that local people are fed up about it.

There are examples after examples. In March, it was reported that one caravan invaded an 84-year-old lady’s land. She was told that it and the other caravans trying to gain entry would leave if she paid £1,200. More recently, in August, there were reports of a man in Slough who ended up having to pay £5,000 to some Travellers after he tried to go through the legal channels and was left with so much waste at the end that the estimated clear-up was going to cost £20,000. The Government have to get a grip on this issue and I hope that the debate will spur them to do so.

In the brief time available, I want to touch on a couple of issues that have not been mentioned to do with other areas where Gypsies and Travellers cause a huge amount of problems. One is the treatment of animals. The mistreatment of animals at the Gypsy site in Esholt is absolutely disgusting. In March last year I called for a debate on the subject of Travellers and animal welfare. Despite numerous complaints from me, local residents and other campaigners about the appalling treatment of animals, particularly horses, at Esholt Gypsy encampment in my constituency, for many months Bradford Council and the Royal Society for the Prevention of Cruelty to Animals did absolutely nothing.​

That comes back to the same point: people feel that different rules apply to different people. If anybody else were treating animals in that way, they would be prosecuted, but because they were Gypsies and Travellers, people were pussyfooting around them and people, understandably, get fed up. I am delighted that the RSPCA eventually took some action and people were convicted—rightly so and not before time, but also not before those animals suffered far more than they should have done.

The other thing I want to point out is the very high level of criminal activity among Gypsies and Travellers. The hon. Member for Rochdale (Tony Lloyd) alluded to this when he pointed out that Her Majesty’s inspectorate of prisons suggested that some 5% of prisoners identified themselves as Gypsy, Romany or Traveller. It does not take a mathematical genius to work out that, if something like 0.1% of the population in England or Wales is Traveller or Gypsy, and if 5% of the prison population identify themselves as Gypsies or Travellers, we have a massive problem in terms of crime.

Some people—no doubt the sort of politically correct people who have taken over the Labour party—might well suggest that that is all down to the fact that all judges and magistrates are racist against Gypsies and unfairly punish them in the courts, but the fact of the matter is, as we all know in our heart of hearts, whether it is politically correct or not to say so, that there is a much higher level of criminal activity among Gypsies and Travellers than among the rest of the community, and that is reflected in the fact that so many more of them are in prison than from among the population at large. Given that we know how hard it is to be sent to prison in the first place, I begin to wonder what crimes they must be committing. This does not apply just to adults who are Gypsies and Travellers; it also applies to juveniles and young offenders. We must not pussyfoot around these issues—we must address them head on. The public expect nothing less."