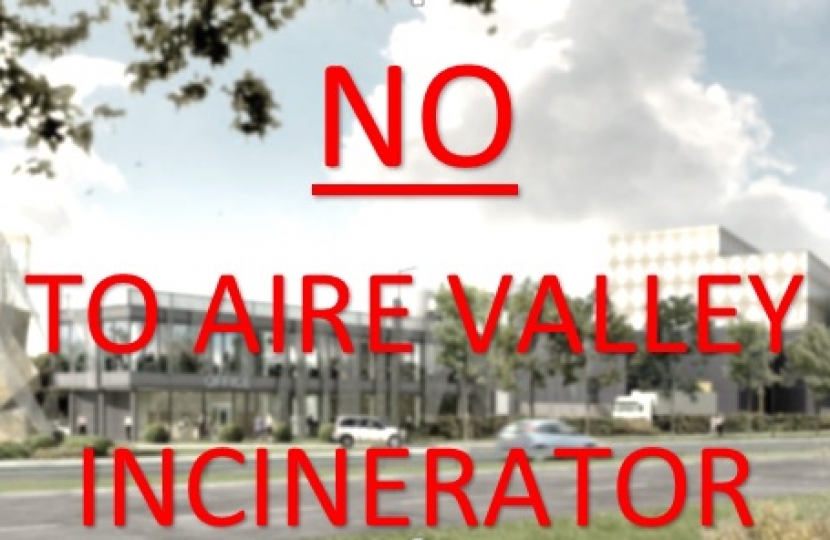 A Labour leaflet circulating ahead of May’s council elections is claiming the Party will fight proposals to build an incinerator – despite the plans being given the green light by a Labour-run Bradford Council.

The Spring 2018 leaflet, featuring Vick Jenkins, who is standing for the Shipley ward says Labour will “continue to oppose” the incinerator on the former gas works site alongside the Aire Valley trunk road At Marley, in Keighley.

Shipley MP Philip Davies said: “I find it astonishing that someone wanting to stand to be a Labour councillor in a Shipley ward is putting out material that says that local Labour councillors will continue to fight the plans when Labour’s councillor for Windhill and Wrose is Susan Hinchcliffe, who also Council Leader.

The campaign literature says Shipley Labour investigated and wrote a detailed report on proposals for the incinerator and a working group concluded that it would be detrimental to the local community. It reads: “The additional traffic and resulting pollution saw local Labour Party members vote against supporting the incinerator, and we continue to oppose it.”

Bradford Council approved plans for a waste-to-energy incinerator and was subject to a two-day judicial review in Leeds after campaigners tried to halt the plans. A judge ruled in favour of the council but campaigners have vowed to keep fighting.

Philip Davies MP formally objects to the planning permission for the incinerator.