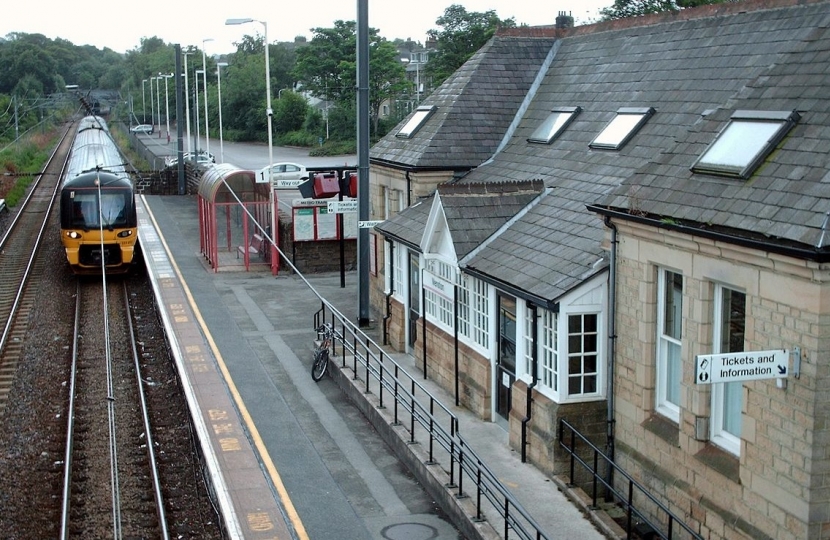 AN MP has demanded assurances from Government that Menston station will be included in a scheme aimed at improving disabled access - as both platforms are currently accessible but only linked via a footbridge.

The Access for All scheme awards money to improve accessibility at stations, and Shipley MP Philip Davies has been told by Transport Minister Nusrat Ghani any submission by West Yorkshire transport bosses which include Menston will not be dismissed.

Mr Davies said: “West Yorkshire Combined Authority (WYCA) and Northern are submitting a bid which includes Menston and there were concerns that Menston may not be successful given the criteria. Network Rail who delivers the scheme say they focus on stations that offer no level access so I wanted guarantees Menston would not be disregarded and I am delighted Nusrat confirmed this.

“We desperately need these improvements as we currently have a ridiculous situation whereby both platforms are individually accessible but only linked via a massive footbridge. It means disabled people can park their car and catch the train but when arriving back at the other platform would have to be driven about three-quarters of a mile around to the other platform to collect their car. We need a station that is accessible for everyone.”

Mr Davies, who has been campaigning to improve access for years, has written a letter setting out why the platforms at Menston need linking and it will be included in the submission being prepared by WYCA.

Station improvements such as the one needed at Menston can cost about £2 million per station and the Combined Authority and local authorities are not funded to deliver such schemes. WYCA say they want all stations to be accessible to connect people, jobs and support better quality of life.

Bids for the latest round of funding closes on November 16 and decisions are expected next Spring.