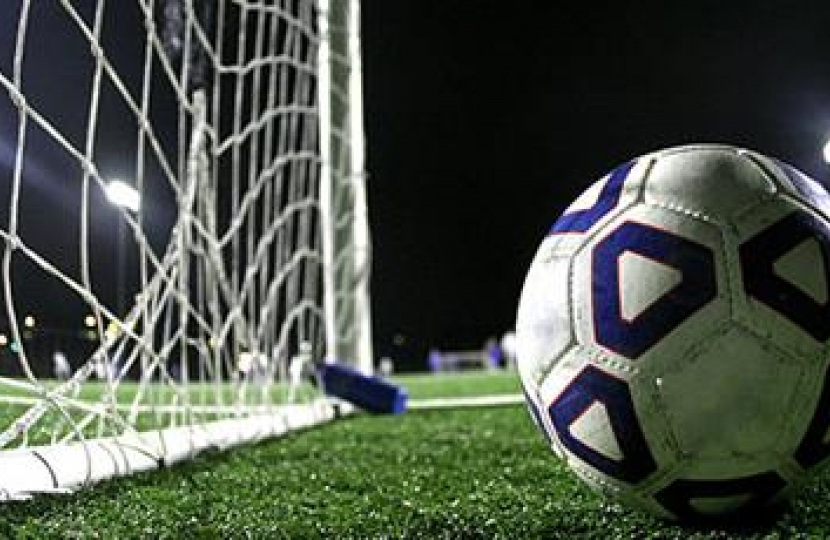 AN MP is urging football club bosses to consider sponsoring West Yorkshire Police in a bid to help with soaring costs of policing matches.

Shipley MP Philip Davies, who is a season ticket holder at Bradford City FC along with his two sons, has written to Bradford City FC, Huddersfield Town FC and Leeds United FC asking them to help find a solution to the excessive bills West Yorkshire Police face keeping fans safe on matchdays.

Mr Davies said: “I have been concerned about this for some times and have been trying to find a solution. One way would be for the formula to be changed to mandate a fairer contribution from clubs. This would clearly be fixed across the board. However, I have a suggestion that would avoid this formally being put in place.

“I am writing to the Bantams, The Terriers and The Whites to ask them if they would consider sponsorship opportunities there might be between the clubs and our local police. Sponsorship is already in place in some areas and covers cars and even some personnel. Since it is not a levy, the police in turn can offer recognition of the sponsorship so people know which club is generously funding a project or vehicle.”

Police forces are allowed to raise one per cent of its budget from sponsorship without it impacting on funding, meaning West Yorkshire can raise more than £4 million in sponsorship given its annual budget of £446.7 million.

Mr Davies said: “The cost to the police can run into hundreds of thousands of pounds as they provide officers for outside the grounds and in the stadiums too. The current situation means that police forces are often having to effectively subsidise football clubs because they cannot recover all the costs associated with policing football matches.  I do not think this is fair for the police - or the people they are trying to protect - as it inevitably means they cannot do something they would otherwise do with the funds.  West Yorkshire Police do a fantastic job on match days protecting fans, local residents and sometimes even the players themselves.

“I believe asking clubs to sponsor their force is a fair solution to the funding issue and also it would be good for community relations. I hope it is something the clubs give serious consideration to.”

Mr Davies has told the clubs if they are interested in his suggestion, he would help facilitate meetings with the police or suggest sponsorship ideas to the clubs.