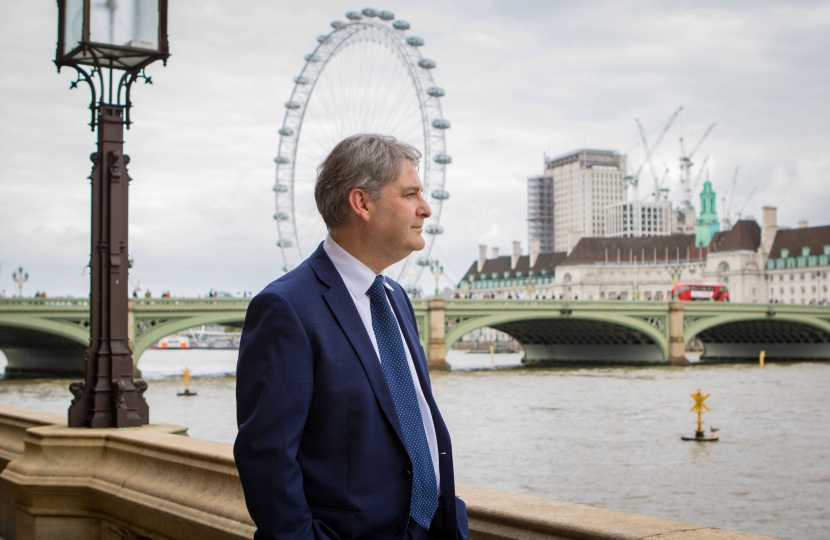 For too long men’s issues have been ignored as women grab all the headlines.

I believe that political correctness has neutered men to such an extent that, in many areas, they have completely lost their voice. While I would rather we did not need to have an International Men’s Day at all, as long as there is an International Women’s Day then I will support it as a way of ensuring that issues affecting men are also heard.

It has been an interesting path along the way to securing a debate in the chamber of the House of Commons to celebrate International Men’s Day — as we are doing today — because last year it was a battle just to get time in the much smaller Westminster Hall.

It seems that some people are quite happy to talk about issues concerning women but do not seem to see that there are also issues affecting men. In the interests of equality, I believe that all voices should be heard.

In this country, some people seem to advocate what I call “equality but only when it suits”. I have made this point on several occasions and been lambasted. I will not be put off though because it is an increasingly worrying trend. Some people fight for their version of equality on all the things that suit women but are very quick to point out the fact that women need special protections and treatment on other things. I cannot get away from the obvious example to illustrate this exact point — that of prison uniforms.

Men in prison on the basic regime have to wear a prison uniform. Women in prison do not. How can this be fair? Where’s the equality in that? We have a completely different policy simply based on the sex of the prisoner. The nonsensical official explanation for this is that apparently women are different and they may have self-esteem issues which prevents the policy of prison uniform applying equally. This is not backed by any formal research that would justify it and ignores the fact that boys and girls wear uniforms in school and both men and women wear uniforms in the workplace.

So, as I said, equality — but only when it suits.

In the justice system, that is only the tip of the iceberg. Women are treated more leniently than men at every stage and for every category of offence and yet pointing this out with statistic after statistic appears to have caused outrage. I said to a friend the other day that the things that I would have thought were the least controversial of my views have often caused the most outrage. This is one of them. It beggars belief that saying that men and women should be treated equally in the justice system is anything other than common sense.

People such as Jeremy Corbyn called for me to be suspended for, in effect, calling for men and women to be treated equally in the criminal justice system and daring to challenge the feminist agenda with facts. It would be a very sad day for this country if someone were to be treated this way for spelling out some inconvenient facts. Yet this is the way we are headed if we are not careful.

This is why I am delighted to have gained a debate in the House of Commons today. It is a chance to confront this and to talk about, for example, the very sad numbers of men who feel that they have no option but to take their own lives, in numbers that far outstrip women, about fathers who are being prevented from seeing their children when there is no good reason and the male victims who make up a third of all domestic abuse victims. These issues, among others, are seldom debated in parliament.

I hope that men who feel that their voices are not being heard on these and other issues are reassured by this. I also hope that we can start to tip the politically correct scales back a bit in some areas in the process.