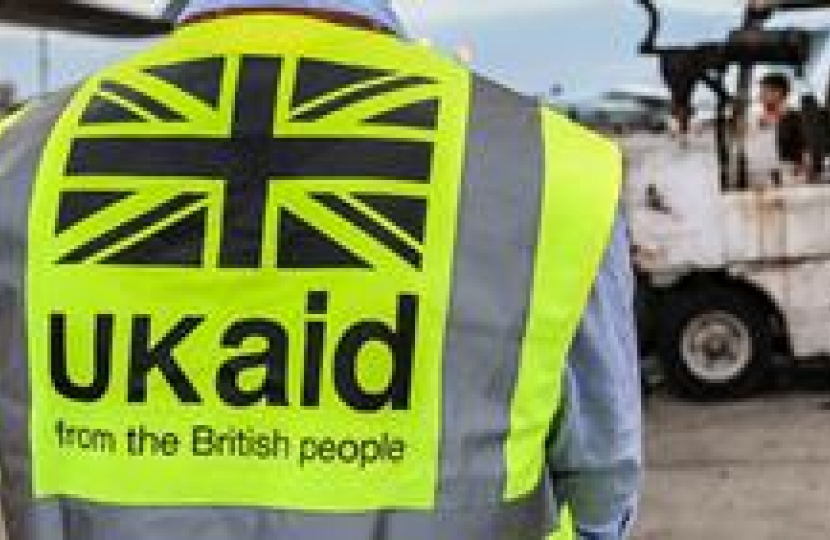 Tough decisions have had to be taken on things important to the public like police numbers, the strength of the Armed Forces and local council services. Public sector workers have had a pay cap in place since 2010.

Yet at the same time as the Government has been telling people we must save money to cut our budget deficit, it has also said that we have plenty of money to massively increase the overseas aid budget year on year. Between 2010 and 2020 the annual budget will have doubled.

The Government has guaranteed more and more money will be spent on overseas aid every year, at the same time as we are cutting important budgets at home.

Even if the Government struggles to find projects to spend the money on, it still has to spend it and has even passed a law to force itself to do so. Remember the days when councils would do all sorts of pointless road projects in March just to make sure they spent the budget before the year end, well this now happens with overseas aid.

It is bad enough that much of this money is given to some of the most corrupt countries in the world, but we are actually borrowing money – and paying interest on it – to then hand over to other countries.

We have also been told we cannot even spend it on British overseas territories hit by hurricanes. Overseas aid not being allowed to be spent overseas... you really couldn’t make it up.

You would never advise a neighbour to give so much money to charity that they got themselves into debt. Yet that is what we are doing as a country – paying over more and more abroad as the country’s debt gets higher and higher. It is utter madness and unjustifiable.

At a time when we have a financial crisis in social care, surely the priority of the Government should be to look after vulnerable, disabled and elderly people in our own country.

My constituents were furious when they were devastated by the floods on Boxing Day in 2015 and found Government support to be much less generous than it would have been for victims of flooding abroad.

My grandma always taught me that charity begins at home.