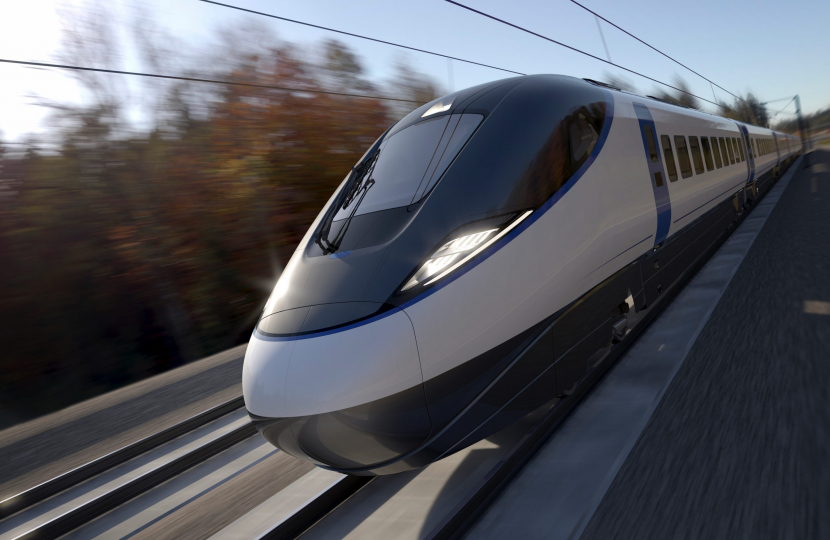 AN MP has accused Government of pushing ahead with HS2 regardless of spiralling cost – money that would be better spent on transport infrastructure across the north.

Shipley MP Philip Davies said costs for the controversial project were running out of control and demanded Government put the brakes on the scheme.

He said money should be ploughed into local infrastructure projects and connecting northern cities rather than reducing journey times to London.

Questioning Rail Minister Wendy Morton in Parliament during a debate on the project Mr Davies called for answers over costs.

He said: “Is there a price at which the minister says this no longer is represents value for money for the tax payer or is she (Ms Morton) prepared to give HS2 a blank cheque and press ahead with it irrespective of how much it costs?”

Government claim costs are under control.

Ms Morton added: “I can tell him that there is no blank cheque book and can tell him we are delivering within budget and I know the minister for HS2 is keeping a very very close eye on these matters.”

Mr Davies also put the same question to Labour’s shadow rail minister Tanmanjeet Dhesi asking at what cost the Labour Party would stop backing the project – but no figure was provided.

The project was initially estimated to cost £37.5 billion but is now reported to have reached £150 billion and rising.

Mr Davies said if Government was adamant the project did not have a blank cheque from the Treasury it should set out the price the scheme must not exceed.

He said: “I want to see better transport links for my constituents not shorter journey times to London. We cannot keep throwing money after money at an out of date scheme and it is about time Government consign this project to the history books where it belongs.”

Government announced last year it was scrapping the eastern leg of the route connecting Birmingham to Leeds, but is still pushing ahead with the western leg via Manchester.

This week we are celebrating the incredible 70 year reign of our Queen.