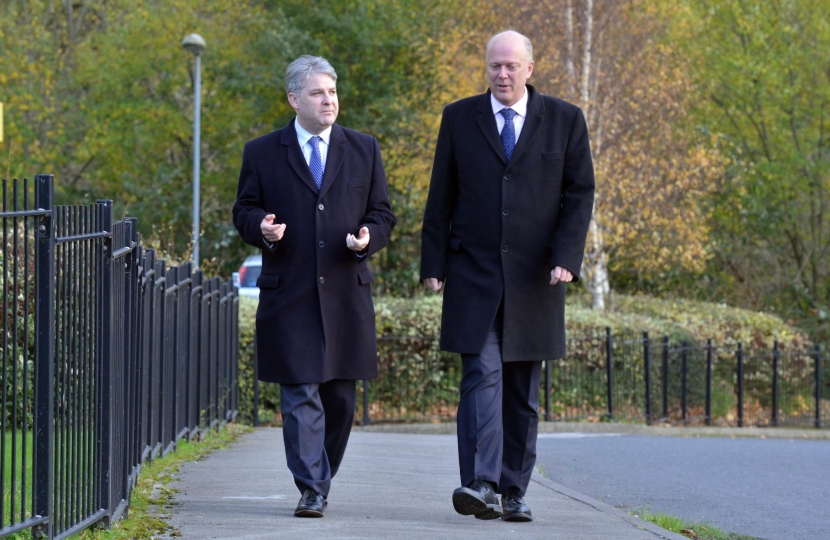 Bradford Council has failed to produce costings for a Shipley Eastern Bypass scheme despite being asked to by the Secretary of State for Transport Chris Grayling, Parliament has been told.

Shipley MP Philip Davies said the Labour-run council showed little regard for the needs of his constituents and urged Government ministers to bypass council bosses and get the much-needed scheme underway.

Mr Davies said: “I want to place on record my thanks to the Secretary of State for the interest he has shown in developing a Shipley Eastern Bypass, particularly when he visited the area last year. This is in sharp contrast to Bradford Council which has shown zero interest in developing a Shipley Eastern Bypass, despite it being much needed by local residents, they have not even come up with a cost that the Secretary of State asked for over four months ago for developing it.”

The case for the bypass was first mentioned in the Airedale Plan years ago. Bradford Council and West Yorkshire Combined Authority claimed Government criteria prevented the scheme going ahead. Transport Ministers denied the claims and say they want the scheme to proceed.

In Common’s Transport Questions Mr Davies added: “Can I ask the minister not only to develop a bypass for Shipley but to bypass Bradford Council and for the Government to crack on with this scheme which is much needed for the local economy and local residents.”

He added: “But I must say Bradford Council has not yet brought forward this scheme for funding, our consultation on the major roads network, which could provide another route for funding for schemes like this, has closed and we will be responding to that consultation in due course.

“This is a scheme potentially not just offers relief from congestion and better local access but better connectivity to Leeds- Bradford airport and we are very interested to see it proceed.”

Government has repeatedly said it was “fully aware of the benefits of the scheme” but no progress by the council has been made.

Mr Davies said the bypass was needed to alleviate congestion, deal with harmful emissions caused from queues of traffic from Baildon to Shipley and to help grow the local economy.