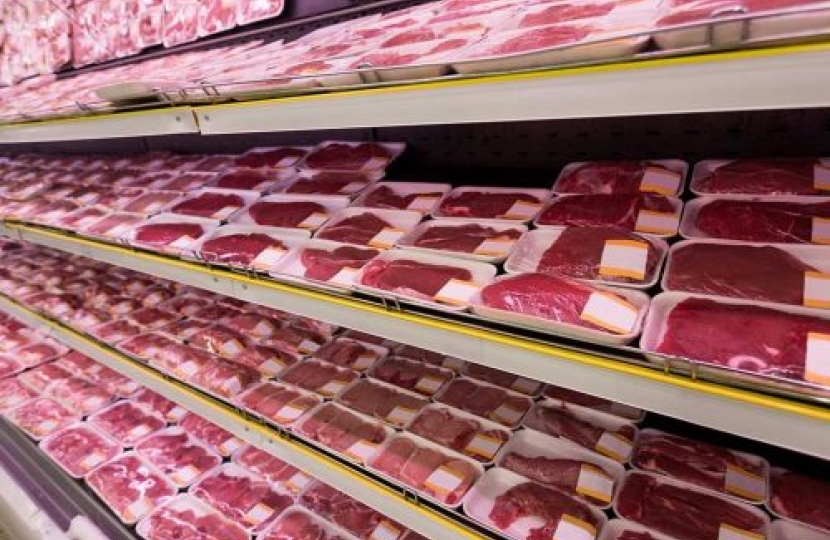 AN MP who six years ago attempted to introduce a law to ensure halal and kosher meats were clearly labelled – has been inundated by emails demanding Government act.

Shipley MP Philip Davies campaigned for the change arguing it would benefit those who want to buy the meat as well as those who did not.

But his attempt in 2012 to force through a law was defeated by just three votes in Parliament.

Mr Davies said: “Six years on and there is another drive to get halal and kosher meat labelled. Labelling would benefit everyone as some people will only want halal or kosher and others will not. The slaughter method should also be fully labelled to ensure Jewish and Muslim communities have the information they need.

“I was ahead of my time in 2012 as I knew then there were concerns about labelling and it is clear the issue has not gone away nor is it likely to until we see change.”

The latest campaign organised by James Bond of Sheffield calls on Environment Secretary Michael Gove to label the meat with an H or a K and introduce a 50p or £1 tax on the meat.

Mr Bond said labelling was vital for religious needs as it is forbidden for a Sikh, Hindu or Buddhist and some denominations of Christianity to consume any halal or kosher certified product.

Mr Davies added: “The country voted to leave the European Union and I was told the EU was a barrier to the UK introducing labelling so now there is no excuse not to ensure clarity at the point of sale. My inbox has been flooded by people sending me in their signed petitions for action which are also being sent to Michael Gove. It is clear the public want action. Mr Bond’s campaign will not be the last, this issue is not going away and there is no reason why it should not happen.”

In 2014 it emerged supermarkets and restaurant chains were selling the meat to millions of customers without telling them.