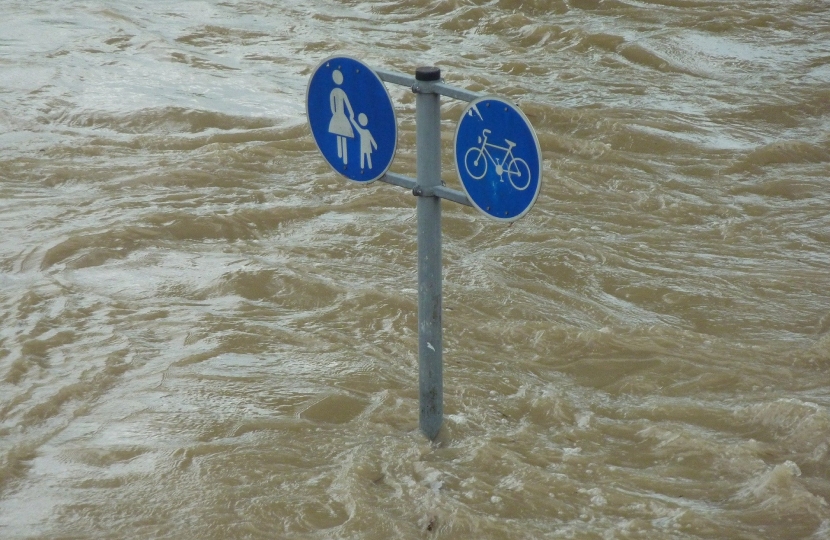 AN MP is demanding answers as to when promised flood defence schemes will begin to end the ongoing torture for residents whose homes repeatedly flood.

Shipley MP Philip Davies said many people affected by this week’s downpour had previously flooded in 2015 and are living in constant fear of heavy rain.

Speaking in Parliament he said: “Back on Boxing Day 2015 my constituency was terribly affected by flooding and since that time the same homes and streets have repeatedly suffered from flooding, something which once again reared its ugly head earlier this week.

“It is bad enough that the same people are repeatedly flooded but the trauma for those people is worse every time it rains heavily, fearing the worst is a torture which is hard to imagine.”

Flood prevention measures for the constituency have been proposed by the Environment Agency and Mr Davies wants a detailed timetable of works to be set out.

Commons Leader Jacob Rees-Mogg said he would speak to Environment Secretary George Eustice and get a “detailed answer”.

Mr Rees-Mogg added: “The difficulties families face when they are flooded and the worries they must have when the rain beats down again is something everyone has sympathy with. A great deal of money is being spent and Yorkshire is receiving any more than any other region £496 million has been spent since 2015 protecting 66,000 properties and across England as a whole £2.6bn is being spent on flood and coastal defences between 2015 and 2021. In March there was a commitment to £5.2billion to build 2,000 new flood and coastal defence schemes across England by 2027.”

Earlier this week Mr Davies also spoke to the Secretary of State at the Department for Environment, Food and Rural Affairs asking for the flood defences in the Shipley constituency to be prioritised.

He added: “While a timeframe will not change the awful situation many of my constituents are finding themselves in once again, it will offer some hope that the schemes will begin and there will be an end in sight. A home should be somewhere safe and it is beyond horrific to live in constant fear your house will be flooded every time it rains. I will keep pushing for answers until the work we so desperately need begins.”