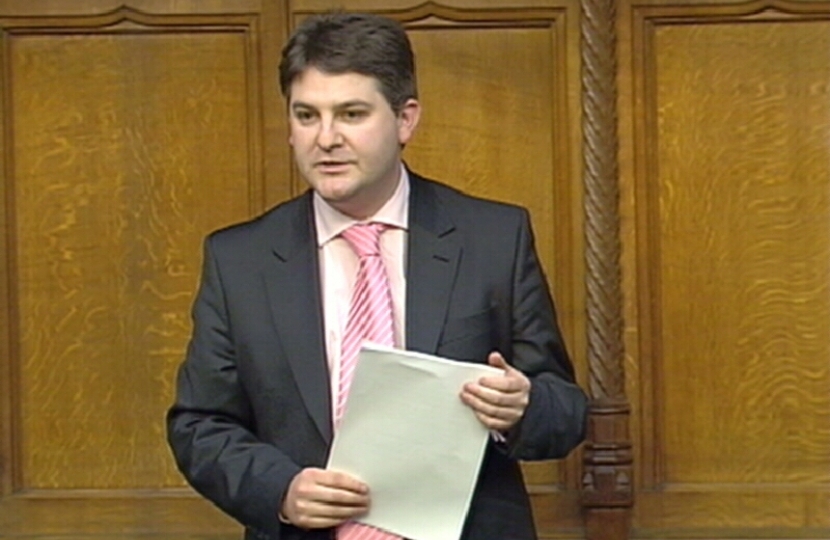 Philip's first speech to Parliament, acknowledging the work of his predecessors.

6.45 pm
Philip Davies (Shipley) (Con): Thank you, Madam Deputy Speaker, for giving me the opportunity to make my maiden speech. I start by congratulating my hon. Friend the Member for Braintree (Mr. Newmark) on an excellent maiden speech. [Hon. Members: "Hear, hear."] The hon. Members for Newport, East (Jessica Morden), for North Ayrshire and Arran (Ms Clark) and for Bristol, East (Ms McCarthy) also made excellent contributions. They are a hard act to follow. I am also delighted to take part in the same debate as the hon. Member for North Antrim (Rev. Ian Paisley), who is a great parliamentarian of our time. It is a great honour to speak in the same debate.

I intended to make my maiden speech when we discussed the Queen's Speech, but was thwarted for the best of reasons by my wife having a baby at a most inopportune moment. I hope that the House will be as patient with me as it always is with people who speak in the Chamber for the first time. I intend-much to everyone's delight, no doubt-to start off as I mean to go on by being brief.

There is no greater privilege than to represent one's constituency in Parliament. Shipley is a fine constituency within the Bradford district in West Yorkshire. Indeed, it is one of the few Conservative constituencies in a metropolitan area. Although Shipley is the largest place within the constituency, it is a rich and diverse area, with Bingley-home of the Bradford and Bingley building society-being the second-largest place. It also includes lovely villages such as Harden, Eldwick, Cullingworth, Wilsden, Denholme, Micklethwaite, Burley-in-Wharfedale, Menston and Baildon, where I have the pleasure to live.

The most famous part of the constituency is Saltaire, home of Salts mill, developed by the philanthropist Sir Titus Salt. It is a world heritage site and I recommend it as a great place to visit. Shipley, like the rest of Bradford, also has great curries. The Prime Minister and other members of the Cabinet like the Shipley constituency, too. I know this because of the number of times they visited it before the election. I hope they continue to do so.

The greatest strength in the constituency is the people who live there. They are generous, resourceful and compassionate in equal measure, but above all they have great common sense and speak their mind. They also respect people who speak their mind even if they disagree with them. I assure hon. Members that I am a straight-talking Yorkshireman who will not be afraid to be controversial-although, as tradition dictates, not on this occasion.

Shipley has been very lucky to have been represented in Parliament by men of great distinction, particularly over the past 50 years: Geoffrey Hurst was independently minded and served his constituents so well that people still refer to him today; Sir Marcus Fox represented Shipley for 27 years and was a hugely respected figure both inside and outside Westminster; and, for the past eight years, it was represented by Christopher Leslie.

At 24, Chris Leslie was the youngest MP to be elected in the Labour landslide of 1997, but he quickly made a reputation as one of the most able of that intake. As someone who had been born and brought up in the area, Chris clearly cares about the Shipley constituency. His talents in Westminster, acknowledged by Members on both sides of the House, marked him out as an effective Minister. Add to that the fact that he is a very nice guy and popular, it made him a formidable opponent. It was a great achievement of his to win the seat in 1997 and then to retain it in 2001. He came within a whisker of holding on to it again at the recent election. He should be proud of his record. He accepted defeat with the good grace that I knew I could expect of him. I suspect and hope that we have not heard the last of Chris Leslie in the political arena-although hopefully not in Shipley.

One thing was clear at the recent election: politics and politicians have never been held in such low regard by the public. We should all be greatly concerned by that. I feel that, all too often, politicians set out to be popular, with the inevitable consequence that they become anything but popular. I believe that politicians should set out to be respected rather than popular, and that respect can last for ever. We all have a responsibility to reverse the decline in the public's perception of us. If all I achieve in my time in Parliament is to have done my bit to change that perception, I shall feel that I have done something worth while.

My right hon. and hon. Friends, especially the most ambitious of the new intake, will be greatly pleased to learn that I have no desire to rise through the ranks as a shadow Minister and, after the next election, as a Minister of the Crown-that is, all my right hon. and hon. Friends will be delighted apart from my hon. Friend the Member for Hexham (Mr. Atkinson), who has the great misfortune to be my Whip. I wish to remain on the Back Benches and to speak up for the things that matter to me and my constituents. I want people to know that when I say something, I say it because I mean it, not because someone has told me to say it. I believe that that is the best way I can help to restore people's faith in politics.

Before entering Parliament, I worked for the supermarket chain Asda in customer service and marketing. It provided the best possible grounding for a politician because I met so many people from so many backgrounds. Whoever said "the customer is always right" never worked for Asda. I encountered the customer who accused us of being racist towards Irish people, because we sold "thick Irish sausages". Trying to persuade her that "thick" related to the sausages and not to the Irish was beyond me. Hon. Members should therefore understand why I will campaign hard against the blight of political correctness, which is doing so much damage to our country. [Hon. Members: "Hear, hear."]

Although Asda is part of a huge multinational company, Walmart, I also have experience working some years ago for my mother in her small business-a betting shop in Doncaster. I gently suggest that the lack of business experience on the Government Benches should lead Ministers to listen carefully to those who have first-hand experience of creating wealth and employment in this country.

There are many issues that have to be dealt with in Shipley, including crime, the horrendous traffic problems at Saltaire and the finance of the local national health service trust. I will be a persistent advocate of action to improve the Shipley constituency. I also want a better country-a country in which hard work, thrift and doing the right thing are rewarded, unlike now; a country where the Government do less and encourage individual freedom and responsibility; and a country that has a sovereign Parliament, not one run by a corrupt and inefficient institution called the European Union, which we subsidise to the tune of billions of pounds a year.

During the general election campaign, I encountered not one business or constituent who thought that tax evasion and avoidance were a substantial problem-although many complained that taxes are too high. Businesses need less regulation, not more. I suspect that the real reason for the measures in the Bill is to raise extra money for an increasingly financially embarrassed Government, rather than to make the tax system fair. The best way to prevent tax avoidance and evasion is to have fewer taxes to avoid and evade.

As I said at the start of my speech, there is no greater privilege than to represent and serve one's constituents in Parliament. I am truly honoured that the people of Shipley have put their trust in me to follow in the footsteps of my illustrious predecessors. I shall work hard to ensure that I do not let them down.