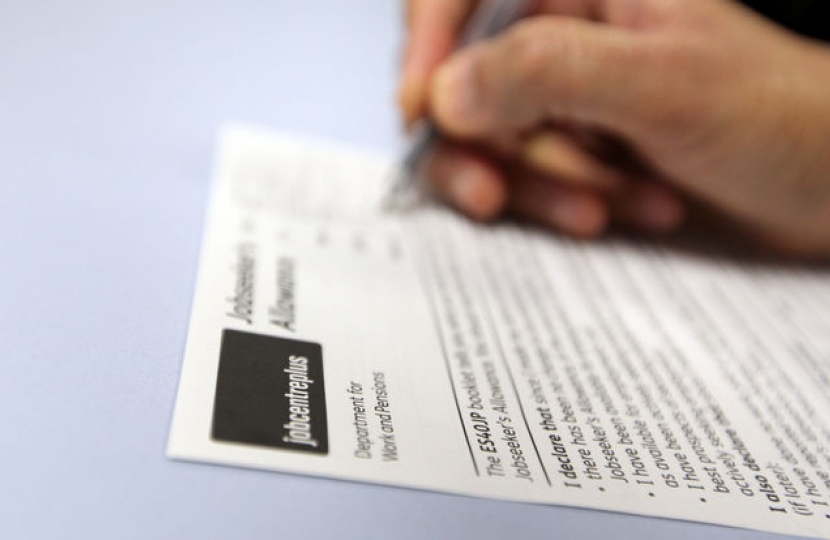 The percentage of people claiming out of work benefits in Shipley is the lowest across the district, new figures have revealed.

According to the Office of National Statistics 890 people were looking for work in July down from 925 the previous month and 955 in May. It means 1.5 per cent of people across the parliamentary constituency of Shipley are out of work compared to 1.9 in Keighley, 2.9 in Bradford South, 3.4 in Bradford East and 3.7 in Bradford West.

The continuing fall across Shipley also means it is ranked fifth of the 22 parliamentary constituencies covering West Yorkshire. Elmet boasts the lowest at 0.9 per cent.

Shipley MP Philip Davies said: “I am delighted unemployment is continuing to fall in the Shipley constituency and particularly pleased that youth unemployment is at a record low.  This is what having a strong economy means for people”.

Today’s figures show between January to March 2018 and April to June 2018 numbers of people in work increased and numbers of unemployed decreased.

Unemployment nationally has not been lower since February 1975. Youth unemployment in the three month period to June was 11.3 per cent for 16 to 24 year olds, the lowest since comparable records for the age group began in 1992.

Jobs being advertised on the DWP find a job site show there more than 700 available vacancies across Bradford, in addition 74 in Shipley, 123 in Keighley and 32 in Bingley.