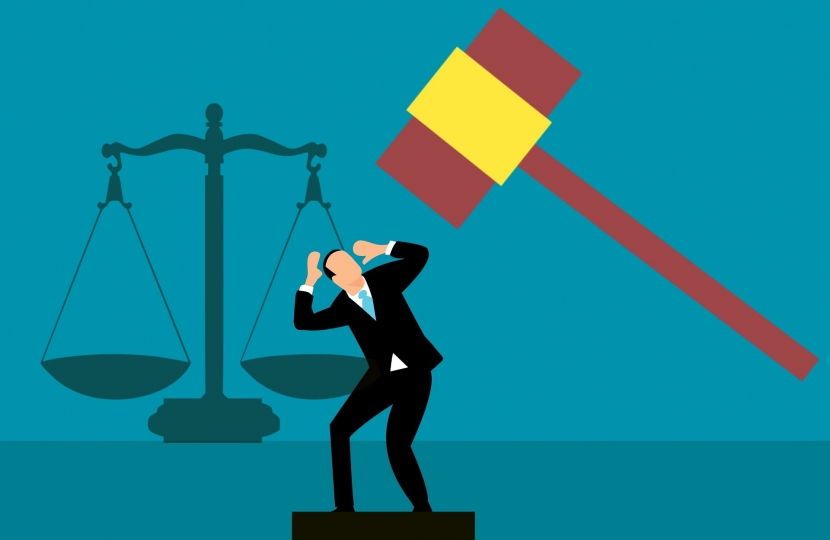 AN MP who has fought to increase jail time handed down by the courts is urging others to challenge a judge’s ruling if the times does not appear to fit the crime.

Shipley MP Philip Davies believes victims should be prioritised over criminals and people need to feel the full force of the law and too often are let off with a slap on the wrist.

He has challenged many sentences under the Unduly Lenient Scheme (ULS), which allows victims and others to challenge the sentence, and wants others to do so if they feel strongly about a sentence.

Mr Davies said: “A constituent asked me to raise a case with the Attorney General of an unduly lenient sentence handed out to a rapist. I looked into the case and it is not enough to simply say it was unduly lenient but an utter disgrace and makes a mockery of the criminal justice system."

“A man guilty of raping a five year old child, one of the most heinous crimes imaginable resulted in no more than a slap on the wrist. I am beyond disgusted and appalled that a judge could think that sentence representative of the crime and I am extremely pleased that after speaking with the Attorney General this sentence is going to be reviewed".

Last month Callum Haycock, 21, of Kidderminster, was handed a three-year community order and 35 days' rehabilitation requirement after he was found guilty of rape at Worcester Crown Court.

He was also fined £200 and ordered to pay £2,500 to the victim as well as being put on the Sexual Offenders' Register for five years.

Mr Davies said: “I hope that the appeal court will change the sentence when it is put before them. The damage caused to the family and poor child is unimaginable and while nothing can take away the pain and distress they have been through, we must have a criminal justice system that is on the side of the victim and their family not of the criminals.

“Unfortunately not all sentences can be reviewed but I would encourage anyone who sees what they think to be a particularly low sentence for a very serious crime - even if they are not personally involved with the case - to consider asking for it to be reviewed. Just one person can challenge an unduly lenient sentence and this is often all it takes for some vile offenders to receive a sentence that better reflects the severity of their crime".